The announcement made by Paris Mayor, Anne Hidalgo, commissioning a study to start a deliberation on free public transport opens up another debate within this World City regarding current service and economical patterns. 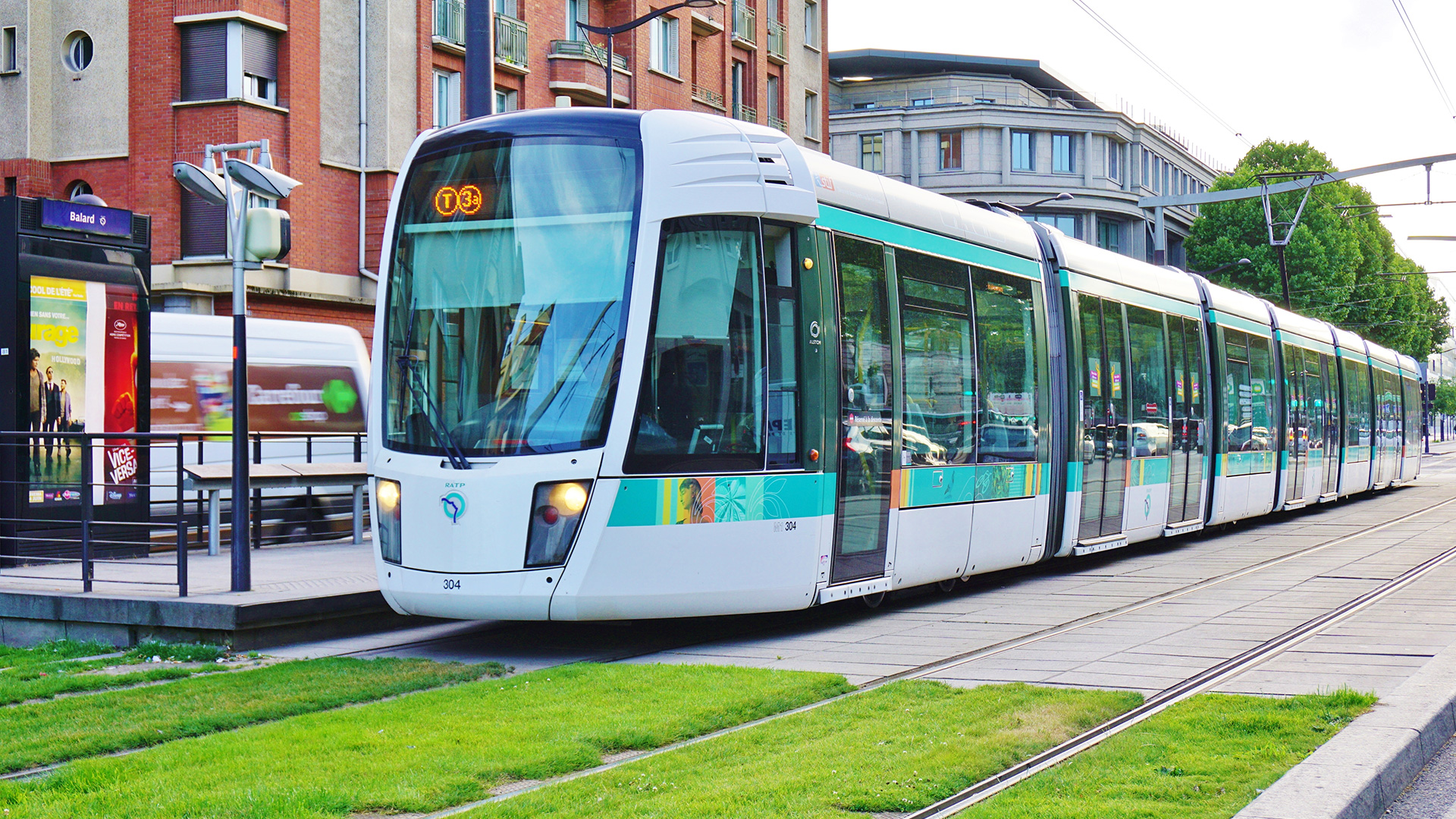 The announcement made by Paris Mayor, Anne Hidalgo, commissioning a study to start a deliberation on free public transport opens up another debate within this World City regarding current service and economical patterns. Here is what the great visionary Albert Jacquard, was already saying in 1993: “We need to rethink everything alternatively. A very small example, slightly picturesque, I think about it when driving a car. Why can I circulate in the streets of Paris? Because hundreds of thousands of good people are travelling underground, via the Metro. They do me a favour by being there; if they were not using the Metro, they would be in the streets and I could not move any more; it would become become totally congested.  Therefore, the Metro helps people who use it as a mean of transport but it helps even more people who do not use it. Therefore, this service should be paid. Therefore, because I use my car and not the Metro, I should pay the metro. And, ultimately, it could be said that the price of Metro tickets should be negative since good people who go underground help others by allowing them to circulate fairly easily. So, failing to be negative, it could at least be nil. And I guess it would be an easy action to do, asking people who drive their car to pay for the Paris Metro. It is fair, it can perfectly be argued from an economical point of view, but why are we not doing it? We do not dare to go back on accepted ideas. This is only a small picturesque example, but I believe what is essential today, otherwise we we are headed straight for disaster, is to thoroughly review our accepted ideas. “

25 years later, these powerful words are still relevant. We relentlessly talk about smart cities, disruption, and urban life becoming ubiquitous. But what are the warning changes of a world switching to another? Our cities of the past have become metropolises; European capital cities have become World Cities and are competing. 145 European cities raise more than half of the continent GDP.  Their also race to become more attractive and generate investments and support employment. Their challenge is to face what is part of our daily lives, climate change. Their fight is to develop quality of life for these urban citizens, who are more and more numerous. No city in the world can develop without integrating in its roadmap new indicators regarding each measure taken without considering a triplet which has become inseparable: economical, social and ecological value.  There is no other option, unless we want to develop soulless cities, cities bearing gigantic fractures making them no longer liveable, cities which will die asphyxiated.

A new world opens up before our eyes: after growth, wealth and development indicators for countries, nation-states, raised by GDP, other indicator sources are emerging, defining the way to regenerate urban life, the Gross Urban Product (GUP). Today, no one on this large planet can ignore the weight of the urban world, representing 80% of global wealth produced on 2% of the planet surface. It also produces most part of CO2 emissions and employment sustaining more than half of the global population. In ancient times, the four elements promoting sources of life for humans were: earth, water, air, and fire. So what happens in the era of a population of 7.3 billion people, of which more than 50% are urban citizens? How can we translate their procurement in responsible and serious human and urban development? What happens to the legacy for future generations, when we are under the threat of not even be able to survive the end of this century? Water control, its regeneration, distribution networks, water in the city with its sources, rivers and lakes…. The air, becoming unbreathable, as pointed out by WHO year after year. Direct and indirect morbidity, with multiple damages, including economical damages, caused by pollution initially of industrial origin and increased by the use of motor vehicles, is detrimental to urban health and the city attractiveness… Fire and energy control, the urge to change the paradigm, to move toward post-carbon city, decentralisation of the production cycle: consumption, the emergence of new citizens introducing new modes of consumption, the opening of a new cycle within the control of energy by cities… The earth, the nourishing city, the city of buildings, property, its footprint, the way to create neighbourhood-based living and start another breakthrough virtuous cycle so people can have a have a different relationship to the earth, public space and space itself.

Reviewing our paradigms just a few months away of this third decade is a sign of quality and vitality for any governing national or territorial body. Because, yes, our world is deeply changing and current upheavals are just the premises of this new world. So, thoroughly reviewing our accepted ideas, as Albert said, is a salutary action. It is the courage shown by pioneers, visionaries, coaches that lead us toward another world. It is emerging, but in the meantime threatening monsters spring up. We see it around us, even very closely now. Yes, urban life needs committed, pragmatic and active governing bodies, which transform our daily lives. But the strength and power of the competition of the intra and extra territorial urban world compels us to force ourselves, to surpass ourselves with respect to our certainties.

In Paris, banning cars along a stretch of the River Seine has focused the debate on a few square meters, is this not really raising another question? In which city do we want to live? Moreover, this question is not just applicable to Parisians. It concerns everybody. Are the images of Parc Rives de Seine representative of some privilege of a neighbourhood in the centre of Paris? In good or bad faith, to answer in the affirmative is tantamount to turning a blind eye to this central debate. It is just as pertinent within the farthest commune of the Great Paris metropolis or the most remote of the region Ile de France, and also elsewhere. Bringing to a personal level the debate on the Mayor, who with her Council proposed a large plan of urban, economic, social, environmental renewal – also through the innovation – which has been enforced since the beginning of her office term, is simply distorting the genuine substantive debate that takes place.  Furthermore, what has been done to generalise this debate and design solutions in depth in the face of the inevitable paradigm shift? Should we thus be content and do nothing else than counting the cars passing in the boulevards and urban highways? Wrong track, pun intended. Each of us is liable of triple impact, the only one which counts, of our actions: creation or destruction of economical, social or ecological value.

Reflecting then on how to pay for public transport is the extension of a vision which goes beyond of the way of life inherited from the twentieth century. France hosted the COP21 in December 2015 and, with relief, excitement and optimism, the signature of Paris Agreement received broad acclaim globally, as a unique, even life-saving, event for the humanity. 1000 mayors gathered at that time also in Paris to indicate their deep commitment. A few months earlier in Quito, the United Nations were drafting a new urban agenda for cities and their governing bodies. A momentum has been created… Since then, roadmaps and actions have been initiated China is deeply engaged in this mutation. The United States, we can see, are stepping back. Europe is still searching to define itself… And in the heart of all of us, cities continue to fight in line with the Paris agreements. So yes, we should not hesitate to shake up conventional ideas. Let it be said for the next decades to come. Not only should we encompass pollution factors, but also our life styles from which they originate. This is the essence of the debate, this is the battle of strength against ourselves we will have to win. It is no longer a fight or an ideological quarrel, outdated matters of debate. The question is regarding our urban humanity and the place occupied by men, women, children, older persons in this world of cities. Why do it and how to live? What are the lasting bonds which are being established? Where is the value of these bonds? What type of ties do we want to establish with nature?

It is in this context that the question must be asked in relation with the large theme of urban mobility, the question of free transport service. As a drone, which is not an autonomous plane but a plane piloted by a ground crew, the question of free transport is in itself a substantive debate, i.e. : where are its sources of value? Who creates them? Which ecosystems produce or use them? Where are the resources they use? What are the new nooks and crannies to create or capture value? And vice versa, which behaviours are detrimental to its creation of value? We cannot overlook all these questions. They are perfectly legitimate. It is our duty to ask them, loudly and clearly.

It is also our commitment to imagine other ways of urban life. Thus, what is the role of Mayors, Metropolis Presidents, and territorial governing bodies if they are only there to strengthen life styles which will inevitably lead to decline? We know what comes next. There will be a race for populism, demagogy, fear of others, and intensification of hatred, which are inevitable forerunners of dark times to come. We already see them eager to occur. So let us be clear-headed, let us face the challenge and reflect together on new models of services, new business models, and new ways approaching our usages… This really is the spirit of disruption, so often evoked.

10 years ago, Vélib’ (bike sharing system in Paris) marked an urban breaking point, providing another possible model of use. So did AutoLib’. The Vélib’ crisis in 2018 just shows that we can no longer live without it. It’s the nature of breakups… As an activist through the urban world fighting, for many years, for other perceptions of the city through various uses, including public transport, I am glad to see that a debate on free transport has been launched in Paris. It is crucial to start this phase with serenity, objectivity, rigour, and exhibit scientific spirit, but also creativity. It is essential to guard against hackneyed statements and presumptive attacks, or worse, seeking to discredit it by falsely avoiding it. I applaud once again the political courage and the will of the Mayor of Paris, who goes beyond the limits of certainty, to open up opportunities for reflection, which might lead us off the beaten tracks and encourage us to move toward other urban worlds.

Arthur Schopenhauer expressed very well a feeling about the truth, which remains relevant, particularly the truth carried by innovation: “All truth passes through three stages. First, it is ridiculed. Second, it is violently opposed. Third, it is accepted as being self-evident.”