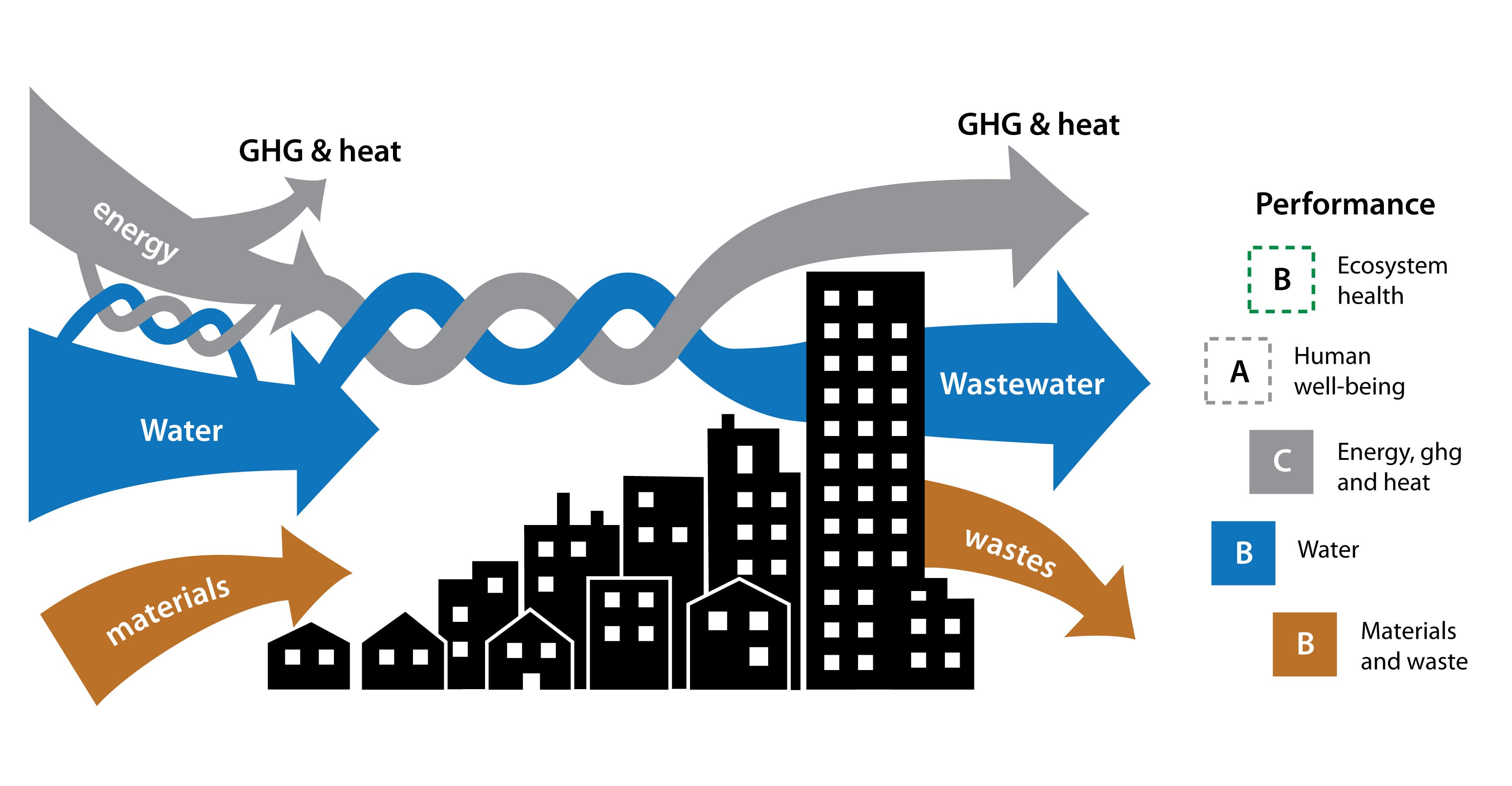 Since the end of the last ice age, 10,000 years ago, we have lived in a geological period known as the Holocene Epoch. It is mainly characterized by significant climatic change, a warm period followed by strong human demographic growth, leading to some agricultural transition, and then sedentarisation. Mastering materials, fire, stone but also art, was a mean for men to assert their permanent presence in restricted areas. From the cross on the floor of theGorham’s Cavein Gibraltar, scratched 39 000 years ago and used to mark some living space, to nowadays, processes of land use by humans are associated with its own transformative activity. Nobel Prize winner Paul Jacob Krüzen and the biologist Eugene Storemer proposed in 2000 to give another name to our epoch and call it the Anthropocene Epoch, to highlight the role that humans play in the transformation of their own environment. Man’s conquest of his own sedentary space led to many  socio-territorial expressions, all related to conquests, confrontations, wars, in order to procure him with more resources, more means, to consolidate his power. It took 40,000 years to mankind to grow up to 3 billion people settled over the 5 continents, living under all climates and latitudes, on defined areas. But, in the twentieth century, it only took 50 years for humans to double their presence, and to essentially become an urban mankind.  Thus, cities, many of them being millennial cities, outlived kingdoms, empires, nations, states, as well as wars, crises and all kinds of events. Intrinsically, the city is probably more durable than any other socio-territorial structure. It is a strong landmark and it represents the major foundation of people expression in the face of yesterday, today and tomorrow challenges.

The industrial revolution in the nineteenth century, the consolidation of nation-states during the first half of the twentieth century, the emergence of digital revolution in the twenty-first century, and state governance crises that seem to follow one another go hand in hand with the development of the world’s urbanisation and its global megalopolisation. New temporality is now part of people lives and this emergence has become irreversible across the planet. Even in large areas and low density, we observe this phenomenon of urbanization as the aggregate expression of men, a marker of their existence. It sets the pace for all men activities: building becomes vertical, tertiary sector takes over the economy, city centres are gentrified,  infrastructures now link what were once separate cities, a new distribution occurs in these consolidated urban areas. This urban process is spreading and is leading to the birth of modern city phenomenon, also described as “urban cone zone”, “metropolitan”, “megalopolitan” or “hyper-regional” according to the scale we use to study them. Exponential change in such a short space of time, with a production model – consumption geared towards men – has generated 4 great new markers of companion risks: threatened environment, strong social stratification, hazardous segregation space, loss of cultural identity.

The city which wins goes hand in hand with the city which loses, in an intertwined urban dialectic. A wealthy city is also developing as a social anxiety-inducing city; a city shining with its heritage is also a city plagued with major incivility; a business city is also the city where poverty is prosperous. Here, there or elsewhere. New York and Queens, Shanghai between the Pudong and its nearby streets, Tokyo and all those people who handle three different jobs in a day. In France, income disparities are the strongest in city centres, as reported by the French Observatory of inequalities in its 2017 Report. There, great wealth of a few favoured districts coexists with extreme poverty. The French National Institute for Statistics and Economic Research (INSEE) already draw some attention to this situation in 2015: “Overall, 77% of the poor population lives in 230 major urban areas of metropolitan France, 65% in large urban poles and 20% in the urban area of Paris … In urban areas, median living standards are overall a bit higher in urban rings than urban poles. In large urban poles, they are almost always higher in the suburbs than in the city centres. The exception is a dozen of large urban areas, including Paris and Lyon, where a lot of very affluent households live in the centre city.”Indeed, it would be wrong to stick to a binary vision who would oppose rich central areas and poor peripheral territories.

The World Bank study conducted in 2008 “Rethinking economic geography” on the phenomenon of urbanization, had introduced a major concept, the city as a “catalyst for development and progress“, to take a positive outlook toward urban densification and inequality. Production is concentrated in large cities, dynamic provinces and rich countries. Half of the world production comes from 1.5% of the land on the planet. Cairo produces more than half of Egypt GDP, using barely 0.5% of its territory. Three states in the south and the centre of Brazil represent 15% of the area of the country, but more than half of the national production. And as for North America, the European Union and Japan — which generally represent less than a billion people — their main urban centres account for three quarters of the world’s wealth.

But the economic concentration, which has become predominantly urban, also signs the exclusion of part of the population. A “catalyst” city is a city striving to provide opportunities for all. This is the paradox of “catalyst” city. The more the city develops its socioeconomic metabolism, the more its attractiveness attracts candidates who wish to take part.

It is impossible to understand the evolution of an economic power such as China, without understanding the phenomenon of the emergence of the following 3 major hyper-urban pole catalysts, each carrying higher gross domestic product than may countries of the United Nations:  the North Pole with the axis of Beijing-Harbin, the Yangze Delta Pole with Shanghai, Nimbo, Hangzhou and 150 other cities, and the Pearl River Delta Pole with the axis of Macao-Hong Kong. Let’s consider the latter, with a combined population of 66 million inhabitants. Today it is the largest urban region in the world. This hyper-region was urbanized in recent years, becoming the fastest urban growth of humanity. Like the other two poles, it is actually a mesh network of cities, ports and special economic areas. The mass migration of millions of Chinese people, who came to settle down, goes hand in hand with the growth and the track record of this urban area. Administrative decentralisation of the delta hyper-region has been supported by development based on small towns and villages which converted industrial inheritance from people’s communes axing them towards national and international market needs, thus becoming the most powerful and the largest polynuclear region. Its economic strength lies in a paradoxical structural breakup. In 2015, the area GDP was ranking it in the 39th position, amongst the richest nations of the world 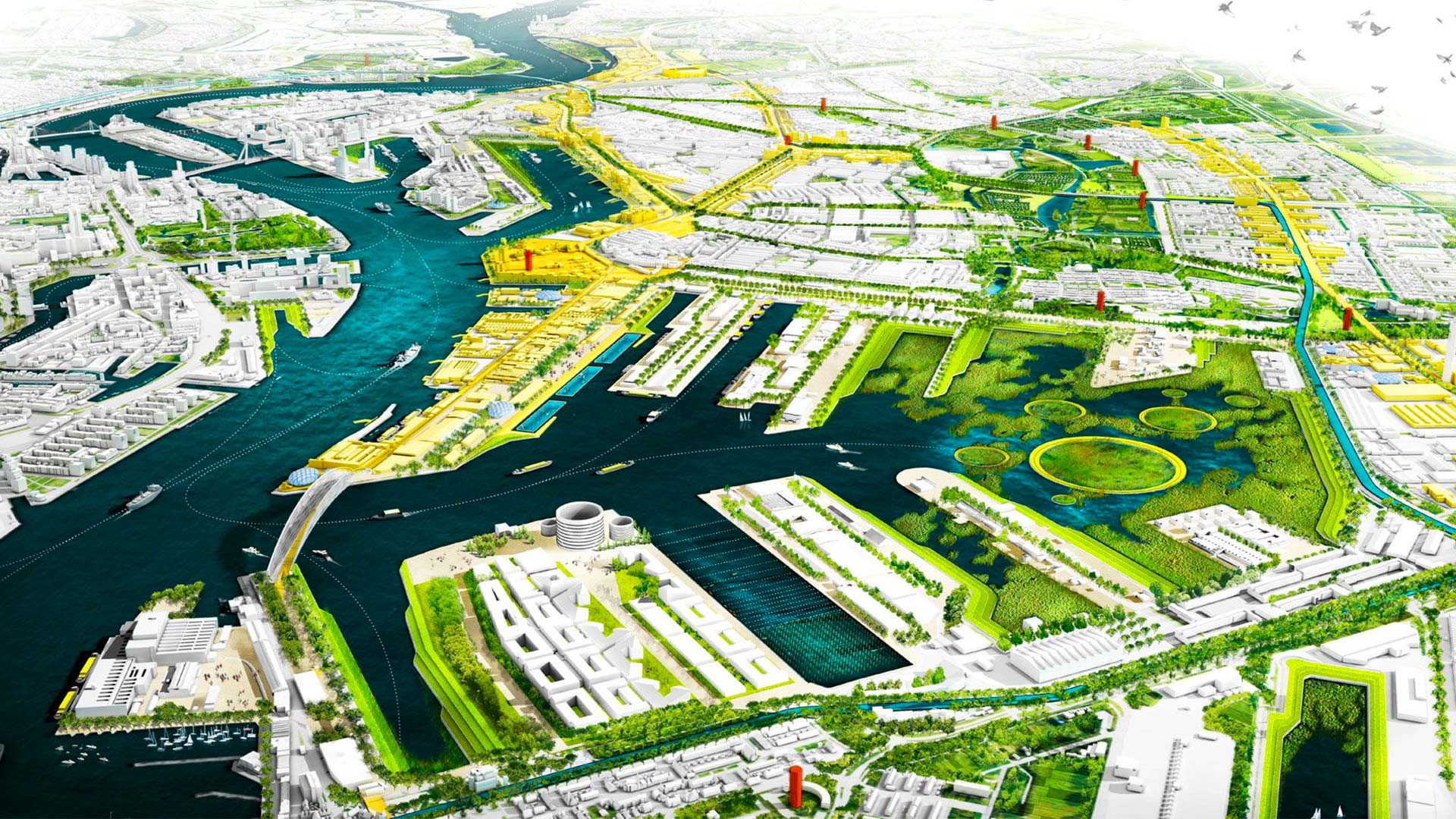 We tend to think that this hyper-urban process only happens far away from our geographical areas.

Let’s consider, at a few hours from Paris, the Randstad(“ring conurbation”) which exists, although no institutional centralization between Amsterdam, Rotterdam, The Hague and Utrecht has been organised. It alone accounts for around 7.5 million people, i.e., about two-fifths of the population of the Netherlands. It is indeed one of the largest urban areas in Europe. Linking through this mesh network, the largest port in Europe, Rotterdam, Europe’s 3rd airport, Amsterdam – Schipol, with networked cities and bearing a heart little populated in its geographical centre, the Green Heart (Groene Hart), this conurbation is the 4thurban economic zone of the European Union after Paris, London, and Milan. The Green Heart is part of this urban area specificity.  Indeed, the Randstad is an urban area that is closely related to the preservation of nature with its Green Heart, making it a living life-size laboratory. It is a National interest-listed scenery and it represents a major environmental heritage with the preservation of peatlands, the reconciliation of efficient agriculture and intense recreational use, the development of green corridors and a blue-green frame in this “great city garden”.

Again, very close to us, the urban area of Milan remains a very interesting study case. At a time when Italian political situation is getting complex and declining, urban life in this Northern Italy capital is an example of dynamic socio-territorial metabolism

The Universal Exposition 2015 was the high point of an urban renewal process conducted for ten years over an area. First 42 palm trees, then banana trees were planted on the square of the famous Duomo Cathedral of Milan, making Italians laugh. Under the banner “Daring Milan“, the Mayor of Milan has carried on this action, drawing on its DNA, to raise a city with metropolitan mentality, which is versatile, attractive, cultural, academic, industrious, creative, welcoming and able to adapt to changes. Now the location of major corporate headquarters, capital of fashion, design, and publishing companies, hosting the powerful Bocconi University, and featuring important artistic venues such as the Scala, Milan becomes a major urban pole in Europe, an exemplary model contrasting with the endemic crisis of Italian governance. The first two urban forest buildings, bearers of a new urban ecology, the “Bosco Verticale”, were erected in 2014. When Italy is stumbling into an identity crisis, Milan remains opened to Europe. An effective transport system exists in the region where the second motorway in the world was built. Capital of the Region of Lombardy, with its 1.3 million inhabitants, Milan is the centre of the 4th European urban basin, with 7.1 million people. The city has one of the largest networks of trams in Western Europe, with 115 km of infrastructure and 18 lines. Prize of the international Forum of transport, through its system, diesel will be forbidden as from 2019.  In the city centre, in 2012, the “C Area’ has reinforced control of access with the extension the city toll “Eco Pass”, created in 1998. His success is such that the municipality plans to extend it. Control is provided to each of the 43 points of entry into the “C Area’, via a video surveillance system that scans license plates of all vehicles passing through the city and compare them with a database of people who have paid the duty .

Here are some examples of why, at a time when reflecting on metropolitan governance, it is important to think differently and not consider the situation in a static, institutional, vertical, partitioning way. It is crucial to create new relevant forms of  social, political, economic, and ecological management of these territorial entities that need to be built and which will be so complex and heterogeneous, and sometimes even contradictory.

To use my colleague  Pr. Jérôme Monnet’ proposal, it is also essential to invent some “megapolitics”, which we refer to in our respective work, as “politics which offer each urban agglomeration to be represented as a whole while offering representation to each of its components, either geographical (neighbourhoods and other levels of urban life organisation) or socio-cultural (different groups – origins, generations, etc. – which give life to its cosmopolitan reality). This is the only ways that will help imagining that megacities will be responsibly managed as social and physical environments which will harbour favourable conditions for creativity and social integration.” We thus need to imagine an urban life with a governance reflecting also the complexity of today’s world, organised as a mesh network, because “in a country where local democracy is practised, quality governance of a territory depends less on the chosen institutional organisation than the ability of political, economic, social or association leaders to work together to implement a common urban strategy.” 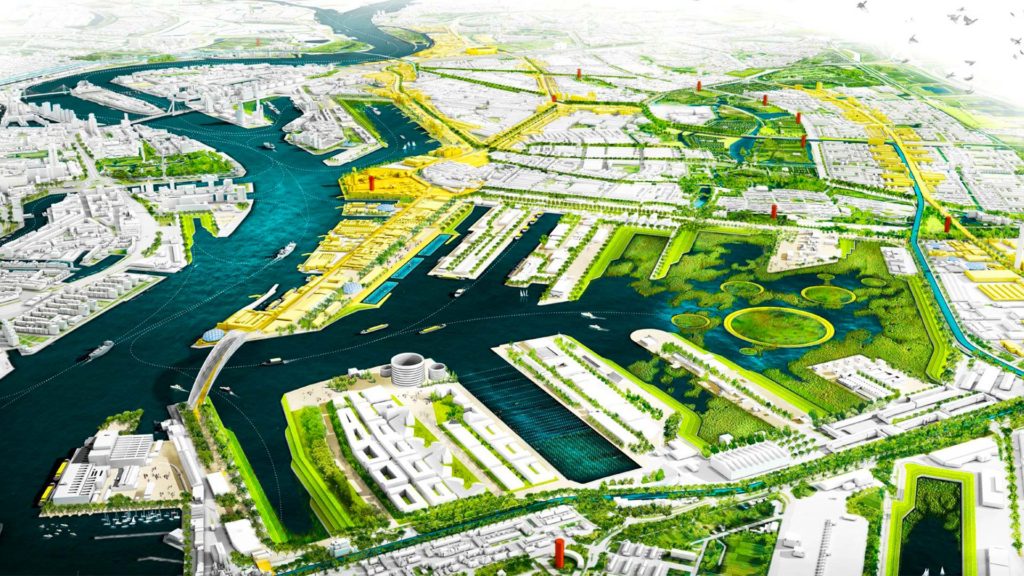