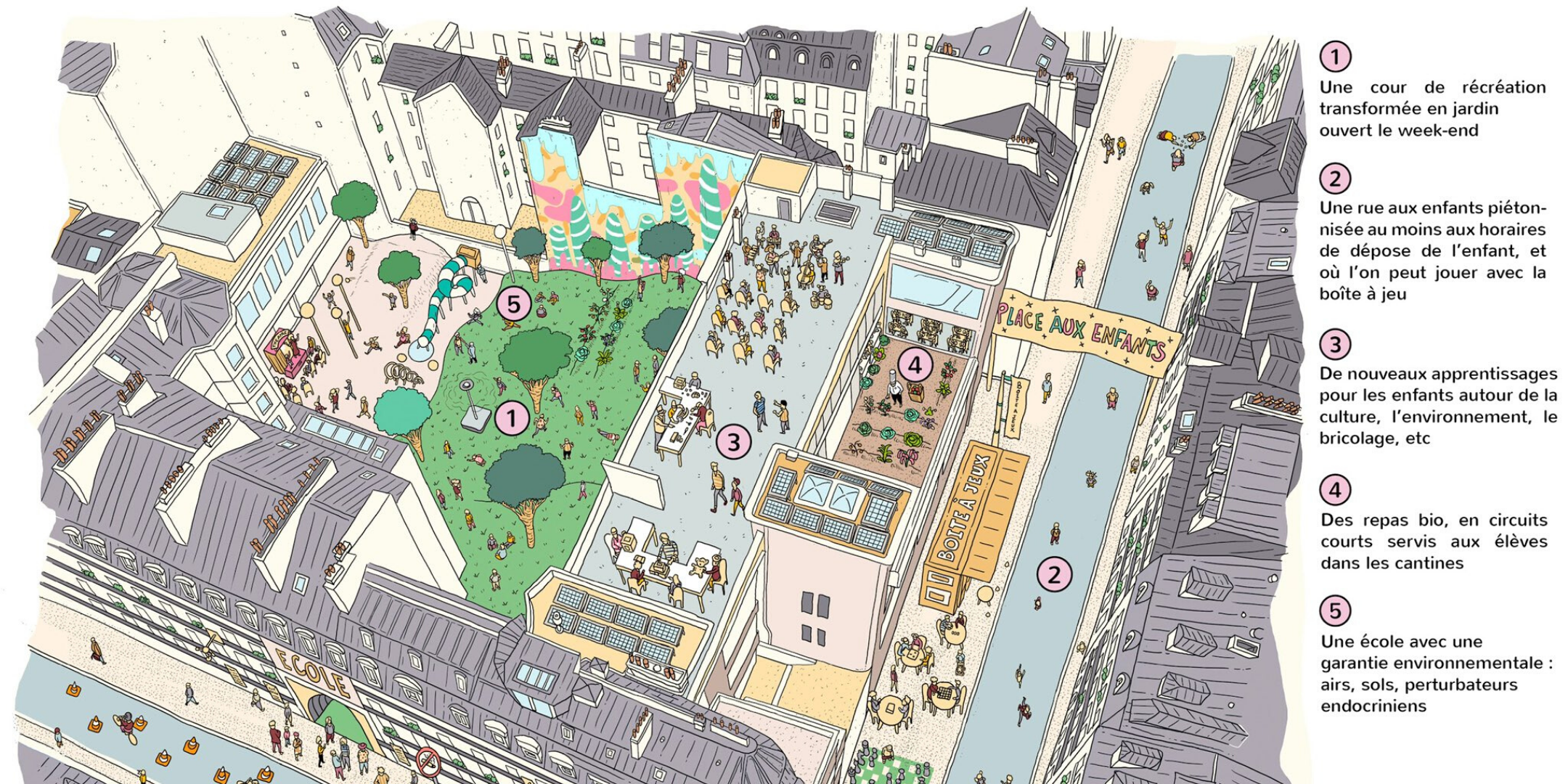 « “This is an ambition, a new vision for cities”, claims Carlos Moreno, Professor at the Sorbonne University-IAE who originally conceived the project and advised Hidalgo in the implementation of his idea. Inspired by the work of Jane Jacobs, who argued that proximity is the key to making cities vital, argues that cities should be redesigned so that people can access basic social functions within their neighborhoods. Traditional urban design, with people going to a remote center, is outdated. “I want to radically change this vision of cities”, he claims. »

« For the city, efforts are part of the plan to become carbon neutral by mid-century. But it also aims to improve the quality of life for Parisians and to connect the citizens of the neighborhood. »