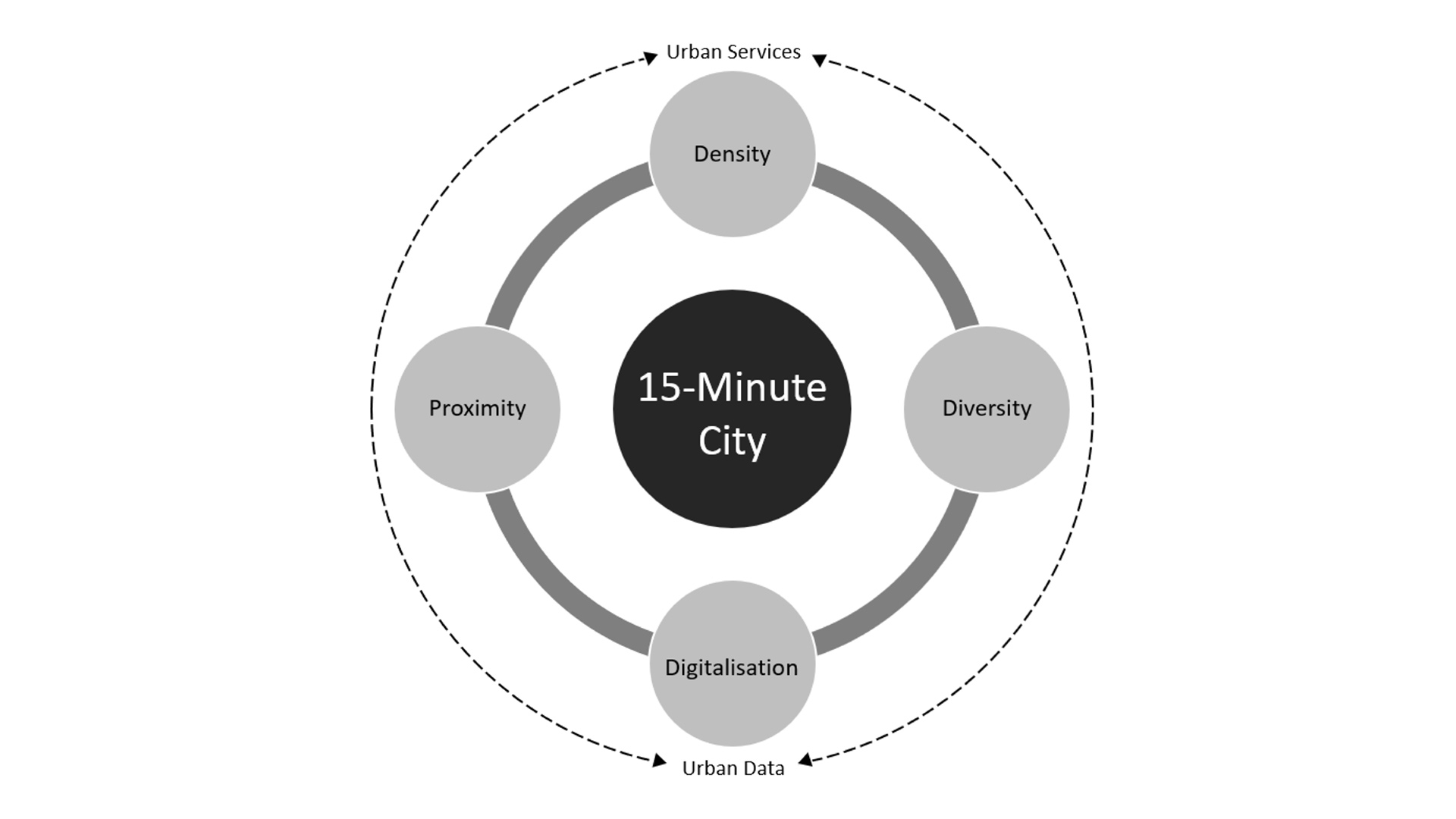 The socio-economic impacts on cities during the COVID-19 pandemic have been brutal, leading to increasing inequalities and record numbers of unemployment around the world. While cities endure lockdowns in order to ensure decent levels of health, the challenges linked to the unfolding of the pandemic have led to the need for a radical re-think of the city, leading to the re-emergence of a concept, initially proposed in 2016 by Carlos Moreno: the “15-Minute City”. The concept, offering a novel perspective of “chrono-urbanism”, adds to existing thematic of Smart Cities and the rhetoric of building more humane urban fabrics, outlined by Christopher Alexander, and that of building safer, more resilient, sustainable and inclusive cities, as depicted in the Sustainable Development Goal 11 of the United Nations. With the concept gaining ground in popular media and its subsequent adoption at policy level in a number of cities of varying scale and geographies, the present paper sets forth to introduce the concept, its origins, intent and future directions.