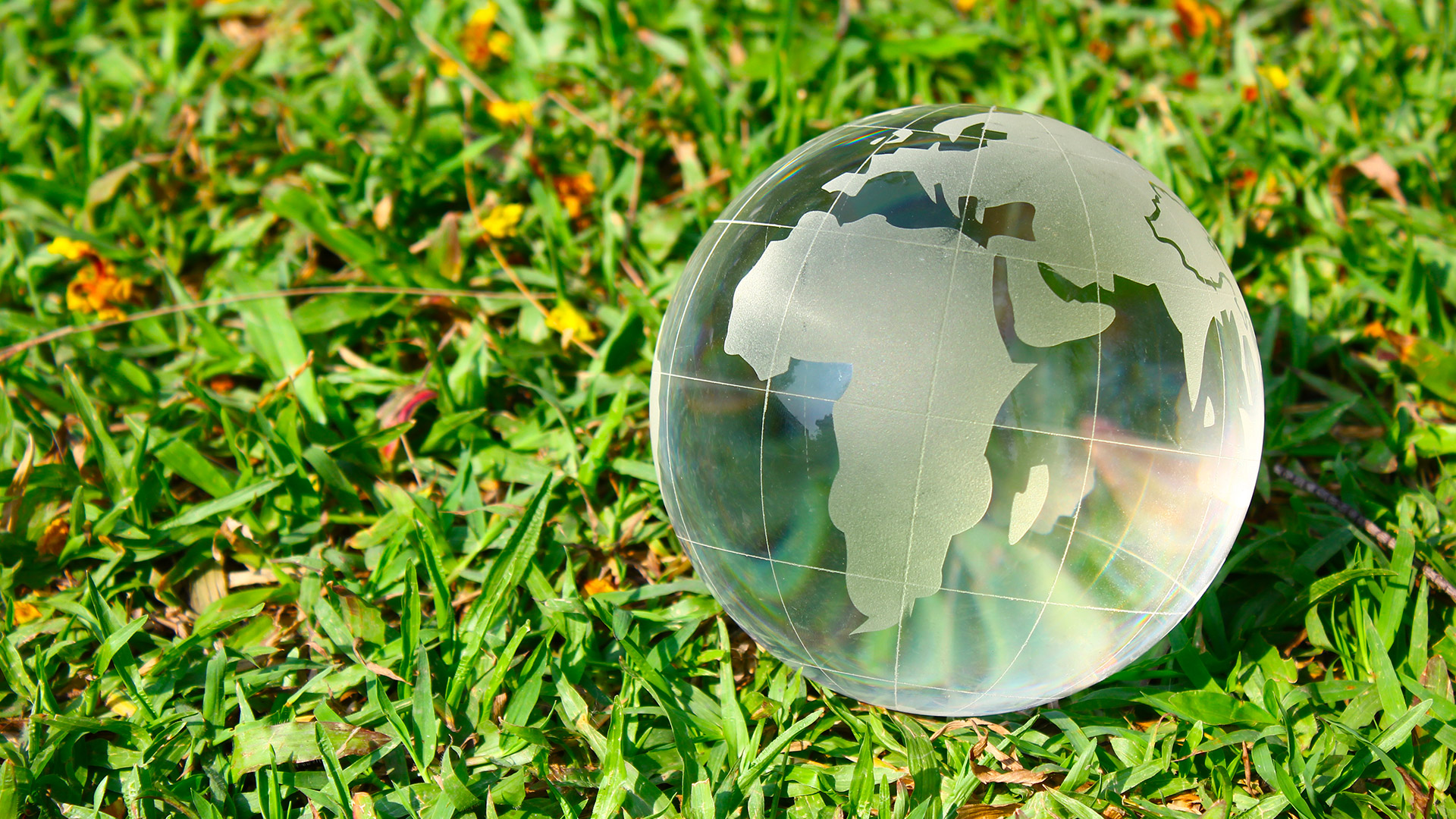 Today, globalisation can be found at the heart of hotly-debated issues throughout our society. Fundamental choices are now coming to the fore in numerous countries, including France, in relation to this idea. A source of “free trade, unfair competition and the absence of borders”, bearing the threat “of mass immigration” as it was put by Ms Marine Le Pen, who is using this interpretation to form a platform for her political and social plans.
In an “essay” for the Front National Jeunesse (Youth National Front) “Deconstructing cosmopolitanism “, the fight against cosmopolitanism is presented against a backdrop of a “universal outcome, (which) aims to usher in a global Village”. It is thus a matter of making the introduction of a sovereign State with its borders, culture, economy, currency, language, traditions and army the cornerstone of this struggle. The aim is to build a society in which “in many ways, it (is) more reasonable to wish that man be provided with a multiplicity of States which govern themselves according to their own principles”. This withdrawal into one’s own sovereign, independent State, bears all the hallmarks of mistrust, verging on “enmity”, with conflict as the driving force behind its expression, justified with the notion that “it is through enmity, either by the sword or discussion, that life finds expression”. A nation therefore ready to combat its neighbours, leading to a resurgence of an ever more confrontational spirit.
This vision eliminates any obligation for openness towards others, the individual from elsewhere, “the foreigner” “Do we have obligations towards someone from another nation, with whom we share no relationship, connection or, perhaps, even so much as a resemblance?” as “the other”, is no longer an alter ego but a competitor. Anyone whose every act becomes the very affirmation of their difference, becomes an enemy… And therein lies the heart of the platform for a programme of exclusion, of the rejection of the other, which is espoused by the Front National in France but has its equivalents elsewhere. This in turn has predictable results, neatly summarised in the utterance “France for the French” and with regards to Europe, “A Europe of Nations”, for a more effective deconstruction. The “flow of migrants” is presented as the first threat, thereby justifying the implementation of national borders. This is an opportunistic argument, an attempt to inflame the emotional intelligence “of a French Homeland” faced with “threats of being overrun” statements whose baseless and manipulative nature is revealed by simply consulting migration statistics in their entirety. (INSEE, Analysis of migratory movements between France and other countries between 2006 and 2013).
In reality, this is not logic corresponding to any specific period in our history, where the present-day imbalances in the Middle East are concerned. This is a matter of principle based on the belief that it is within a Nation State hemmed in by its borders that one forges the art of enmity towards others, whether they be near or distant, on the interior or exterior. As also beware of those who, having come from elsewhere, have already breached our borders… The enemy is among us, and must be hunted out.

Therein lies the logical conclusion, and a farewell to Liberty, Equality, Fraternity, Democracy, Blend, Mixture, Diversity… The Republic would become no more than a hollow term, a campaign sound bite, to better “express life by means of the sword or discussion”, and the grandeur of France a deceitful pretext to draw men and women into “enmity” towards the other. Assimilation, Love France or leave and other statements which merely serve to negate the other, becoming common parlance. How could we fail to be surprised that the author of this text, a philosophy teacher and regional secretary of the “FN Jeunesse”, could subsequently be a standard-bearer of openly eugenics-based, supremacist and racist theses?

The reality of the 21st Century world we live in is altogether different: the world has become urban but this adventure is one which was born over 10 centuries ago! It has now gained a form of expression as throughout the world, the ubiquity common to recent decades has created a proximity between people, in which languages, cultures and different ways of life have intermingled. Physical distances have shrunk due to the simplicity of travel. In under a day and a half at the most, and for a very low price, we can reach absolutely any urban location on the planet.
To brand the fight against “cosmopolitanism” as an ideological means of rearming national borders is quite simply to conflict with what our century represents and the future which is being written before our very eyes for the decades to come. But even more seriously, it is to misunderstand our own history and also that of good old France, as, in truth, this is something which has been constructed since time immemorial. In fact, globalisation is an urban issue, which harks back to the first appearance of the city itself.

In this regard, it is enlightening to read the wonderful article by Thierry Dutour, a teacher at the Sorbonne and Middle Ages historian, “Globalisation, an urban adventure. From the Middle Ages to “globalblabla””: one of the central features of his assertion is, in fact, the appearance in around the 8th-9th Centuries and the, predominantly spontaneous, development of a new type of urbanisation. This constitutes, in the context of an economic life based on free market exchange, the means of addressing the need for market places and places for the production of manufactured goods which has dominated Latin Europe since the Middle Ages, and then communities outside Europe subjected to its influence from the 15th Century onwards. Therefore, not only is globalisation an urban adventure, but it is also one which began over ten centuries ago. In reality, world markets have existed since the 10th Century. If they hadn’t have existed, it would have been inconceivable that, in around the year 900, one could buy spices from India in Francfort-sur-le-Main, or that, at the beginning of the 15th Century, the Republic of Venice, which possessed no gold mines, minted 1,200,000 gold ducats, the equivalent of 4 tons of fine gold. Since the 13th Century at the latest there has prevailed international private, commercial and in particular maritime law, recognised and applied by the jurisdictions of different States. The trade liberalisation seen from the 18th Century onwards was a return to a prior state of affairs; rather than the condition, it was the consequence of the trade boom; it followed on both from the boom (which continued in spite of the limitations political figureheads attempted to impose) and an increased awareness of its usefulness. The evolution, of course, was not linear, but as a rule it was the outbreak of wars which hampered its progress, which is nothing new. As for the evolution of the role of cities in the production of manufactured goods, this is now a major concern, as the link between a city and industry is changing, but this is not without precedent: in one way or another, since the 8th – 9th Centuries, but always in a changing fashion, cities have remained the privileged centres of production.
Often, globalisation is not named so that we might understand it, but instead so that we might tackle or contemplate a means of combating it.”

We are now obliged to try and understand how the emergence of a metropolitan, megapolitan and hyper-metropolitan reality, of global cities, of world – cities, and an urban world which has gravitated towards Asia and in Africa, has completely overturned our 20th Century reference points.
It is not the “Great Replacement” or other “theories” used to justify the hatred of outsiders that will enable us to analyse the complexity of the new relationships which are being formed between cities, people and those transforming Nation States. Europe is not at risk of an invasion or being overrun. It is not even unchecked migratory flows which represent a threat to the balance of the French population. What is truly at stake is the ability of our urban centres, home to 4/5ths of the French population and representing 20% of its territory, to create value, remain attractive, develop a culture of innovation and new consumer-producer pathways, which will allow for the reinvention of territories, the rural world and their surrounding areas. Moving from a Jacobin, centralising Republic towards an urban, metropolitan Republic firmly rooted in Europe, promoting the alliance of territories, to create employment, have zero unemployment areas and combat exclusion as a means of defeating poverty… That is the real challenge that lies ahead.