Prof. Carlos Moreno’s weekly op-ed will focus today on his participation in the 38th Annual INTA Meeting and the International Council for Urban Development, both of which took place in Tallinn.

I wanted to write to you to tell you about my recent attendance of the 38th annual congress of the International Newtown Association (INTA), as well as its preliminary session – the World Urban Development Council. While I was there, I also had the honour of being co-opted onto the INTA’s Scientific Board.

The event was held in Tallinn – the capital of Estonia – and brought together 169 people from 25 different countries. The debates that took place over the course of the congress looked at ways of building future cities that are easier to live in, fairer and more inclusive. The whole concept is underpinned by three key areas:
– Technology… and in particular, the solutions that Smart Cities will bring to urban development in order to make them more intelligent and sustainable.
– Social considerations… specifically, the role that citizens play in their cities, not simply as customers or consumers, but also as key players, helping to guide the future of their cities.
– Territorial considerations, which involve relationships between State and local authorities, as well as the relationships between cities. The congress also looked at growing metropolisation and governance issues. 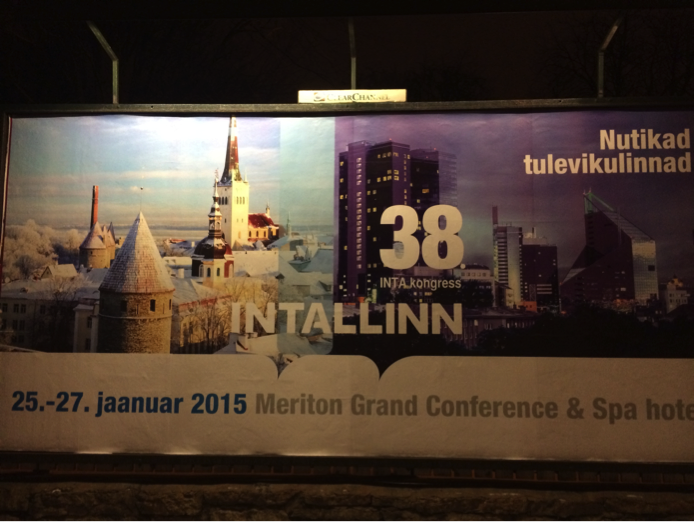 It’s quite certain that Tallinn is an exceptional capital that anyone who is interested in the cities of tomorrow should visit. The whole international community paid tribute to Tallinn for the innovative approach it has adopted which combines urban development, protecting the environment and technological progress… and all in service of the people who live within it. Tallinn has already been awarded numerous prizes and was the European Capital of Culture in 2011. The town is also behind the Green Capital of Europe award which is given every year by the European Commission.

But Tallinn’s most distinctive feature has to be the way in which it incorporates an urban intelligence economic model into its transport structure. Following a local referendum, it was decided to make public transport free for the residents of Tallinn. Two years into the experiment, it would appear that the challenge has paid off – the town’s population has increased, but the number of cars on the roads has fallen considerably. In addition to the immediate impact that this has had on the environment, the initiative has also had more long-term benefits: it has helped revitalise the local economy and led to an increase in the number of green spaces in the town. 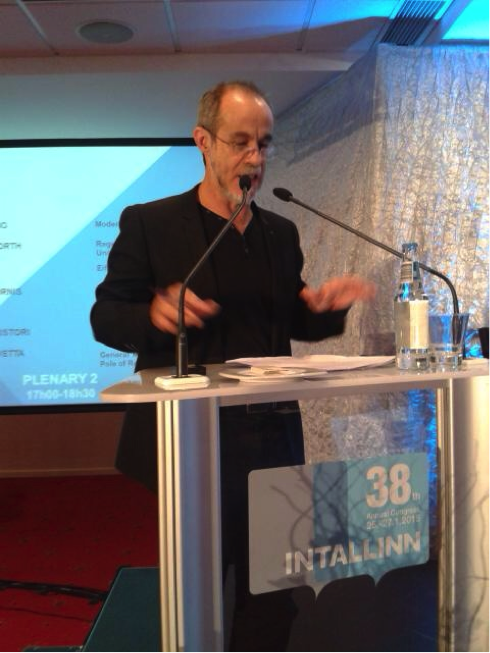 The various innovations that Tallinn has seen are part of a wider transformation strategy that is currently being deployed throughout Estonia. The country – one of the EU’s smaller states that is not often talked about – is trying out a new type of government: e-government. This involves harnessing the benefits of digital technologies for the country’s citizens, incorporating them into their daily lives so as to make certain admin tasks easier. For example, Estonia is the only country in which motorists no longer have to show their drivers’ licenses in the event of their being stopped. They simply have to give their ID numbers to the authorities, and then they can access all of their official documents.

Estonia is far from being on its own in this regard. The way in which it is developing by making digital technologies ubiquitous and its widespread use of new technologies are typical features of the 21st-century which can be found in many other cities. Towns and cities have become “global cities” or “world cities” and their boundaries are no longer congruent with their geographical borders. The demographic and socio-economic weight of some metropolises is such that they can exert their own political and cultural influence. And in so doing, they gradually become dissociated from the countries of which they are a part. 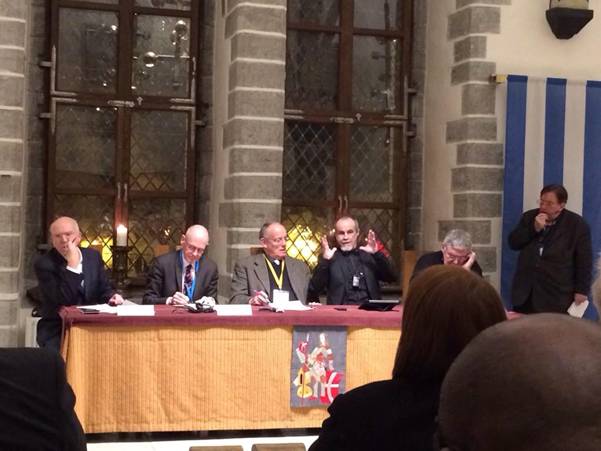 Furthermore, the ways in which these towns and cities interact have changed. Most of their transactions are with other towns and cities – not, contrary to what one might think – with the country as a whole (they function as numerous nodes of cross-border development).

During the congress, representatives of a number of towns and cities shared their experiences, confirming these observations. Tallin, Helsinki and Malmö in particular – three northern European cities – have introduced cooperation and e-cooperation initiatives. In Tel Aviv, the Start-up City alone accounts for 54% of the whole of Israel’s GDP and has a special relationship with San Francisco. There is a similar model in place in Ecuador, which is interested in applying new socio-economic models to the country as a whole. It wanted to draw on its traditional Indian culture and incorporate the principles of the circular economy into its urban development. This vision of the city has been given the name “Buen Vivir” (“Live Well” in English) and has resulted in the creation of a whole new kind of town. The town in question is Yachay, a town designed entirely by city planners who want to create a town that will serve as a leading light in urban development for the rest of Latin America. 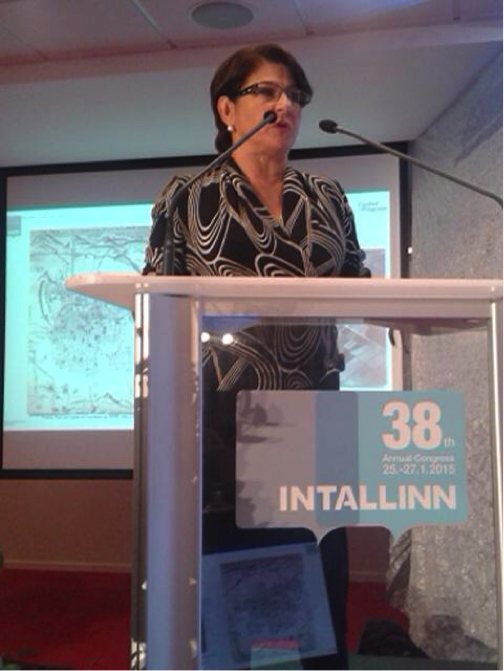 The president of urban development, the environment and ecology in Puebla (Mexico) spoke at the congress about the way in which her own town is developing, drawing on its history, as well as on its cultural, socio-economic and behavioural characteristics. The inequality from which Puebla used to suffer led to it considering new avenues for development. The result was its own vision of the Smart City. Moreover, Puebla will be hosting Latin America’s next Smart City Expo Congress in February 2016.

Africa is a major challenge for humanity. The rapid demographic and urban development it has seen serve as a reminder that, in addition to being a source of technical and technological innovation, urban intelligence should set out to tackle a number of major social issues. The experiences of people in Africa emphasise the need to give priority to the following four key areas:
– making quality of life central to urban projects, ensuring that first and foremost they are about people,
– reducing consumption of natural resources and integrating this policy into the various urban functions,
– developing an actual territorial system of governance that is democratic, open and transparent,
– developing procedures that are adapted to local cultures and contexts.

A number of towns and cities in Asia and the Pacific region serve as evidence that urban development occurring too fast can have harmful effects – particularly in relation to infrastructure. This can be seen in Indonesia, Malaysia, Singapore, Thailand, Taiwan, China, Korea and in Japan in particular. The authorities of Asian towns and cities therefore find themselves up against a major challenge. Not only do they have to tackle congestion and pollution: they also have to ask themselves questions about the values that are guiding this urban development. 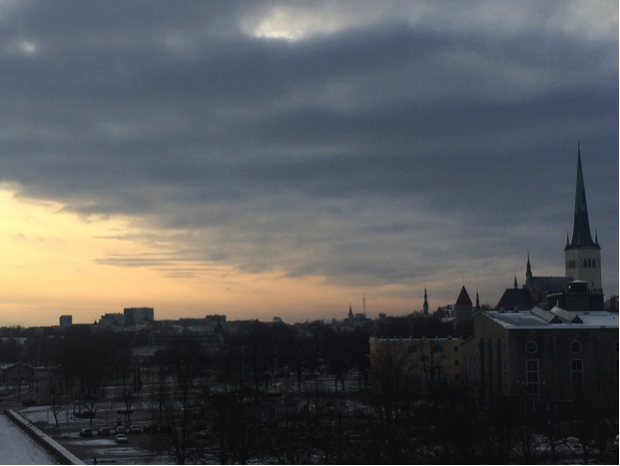 Are there alternative economic models for the town? We still have not found an answer to this question. But even if there is no definitive answer, talking about it – as we did at the World Urban Development Council and at INTA38 – is already a good start.

Finally, the analysis carried out at the INTA38 congress on the way in which space is used in 30 European cities shows that intensively using public spaces (green spaces, water-covered zones, pedestrian zones, cycle lanes, protected zones, etc.) has a direct impact on quality of life for urban dwellers. We are also tending towards a hybridisation of towns and cities. Indeed, the boundaries between actual and virtual spaces are becoming blurred.

By way of a conclusion, it seems quite clear to me that we should continue to challenge conventional ideas about our urban environment, about the services associated with it, about its economic growth and about the role played by property in towns. If we want our towns and cities to change, we ourselves have to drive this change.

I was also delighted to have been invited to present “Live in a Living City” – my International Human Smart City Forum – to the INTA’s Governing Board It has been decided to set up a strategic partnership with the INTA. This means that the “Live in a Living City” Forum will become a member of the INTA. We are considering a shared schedule for a series of events which will form part of preparations for the world Habitat III conference and the major World Urban Forum which will be held Quito in October 2016. A number of other strategic partnerships have also recently been set up in France. Thus a new era is being heralded for the “Live in a Living City” Forum and for Smart Cities. I’m sure I will have the opportunity to re-examine these changes very soon. 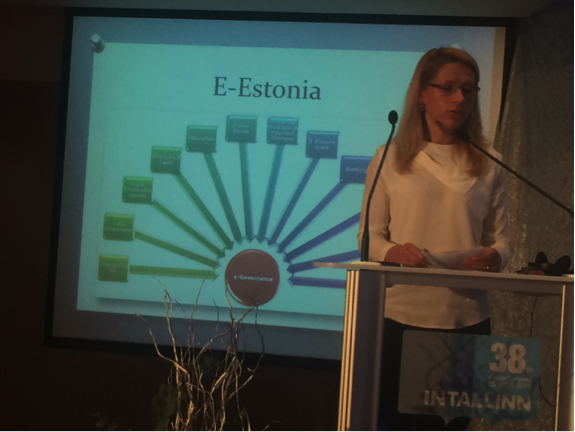 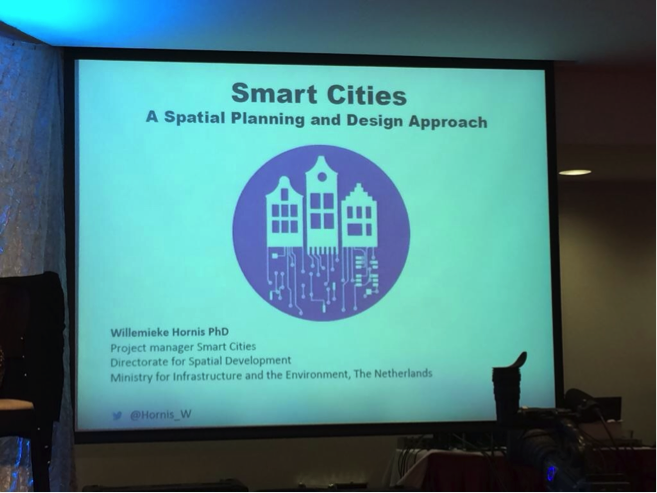 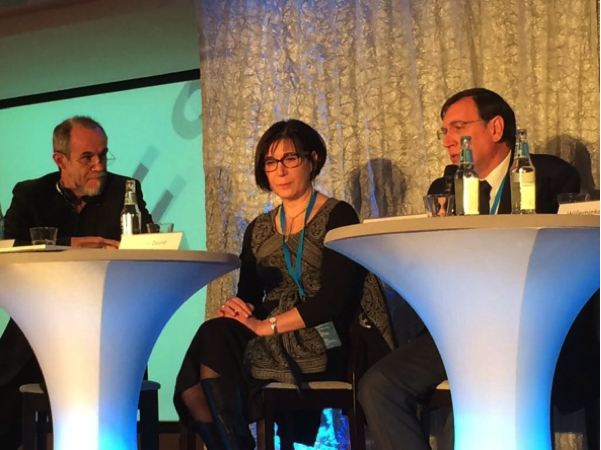 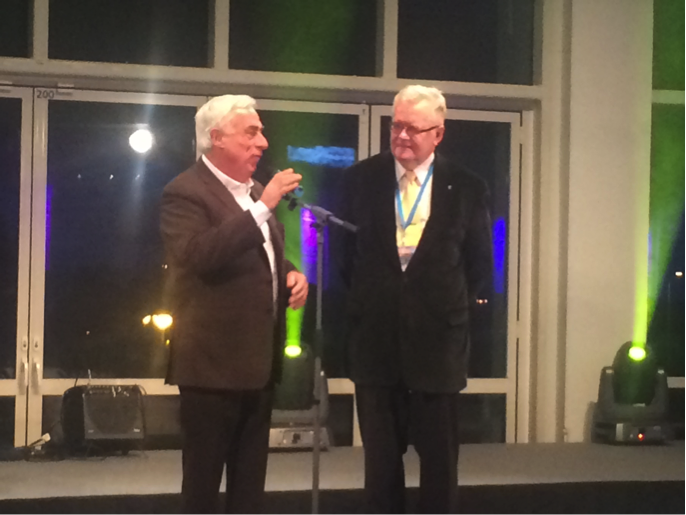 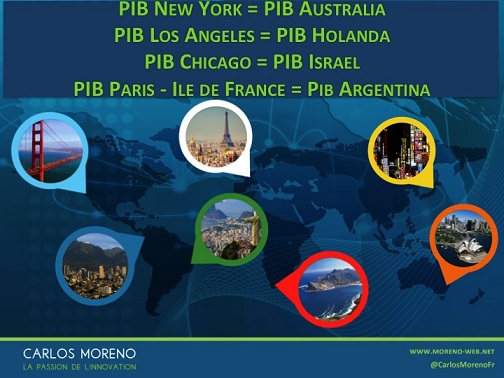