Back from Africa, a continent of hope in a changing world (EN, FR, ESP)

Back from my visit to west Africa for the Le Monde Africa festival in Abidjan, where I took part in a round table on the theme of smart, sustainable and resilient cities, I’d like to share my impressions with the readers of I-AMBIENTE. 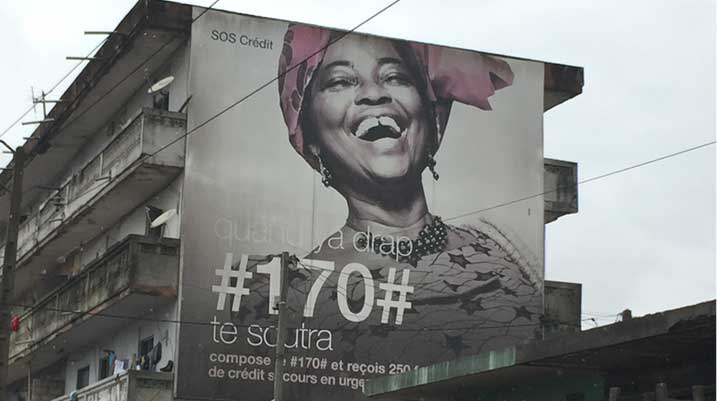 Africa is currently experiencing a faster rate of urban expansion than anywhere else in the world. The number of city dwellers has more than doubled in the last two decades and now reaches 412 million – that’s 40% of the entire African population.

Just ten years from now, Africa will be the world’s most populated continent after Asia; and by 2035, its population is expected to double to 870 million.

By which time half the African population will be living in an urban environment. Growth will be especially intense in sub-Saharan Africa. Lagos and Kinshasa are currently the 18th and 29th most populated citied in the world: by 2025 they’ll have risen to 11th and 12th place respectively, easily overtaking Africa’s biggest city at present, Cairo. And in percentage terms, medium-sized cities will grow even faster. 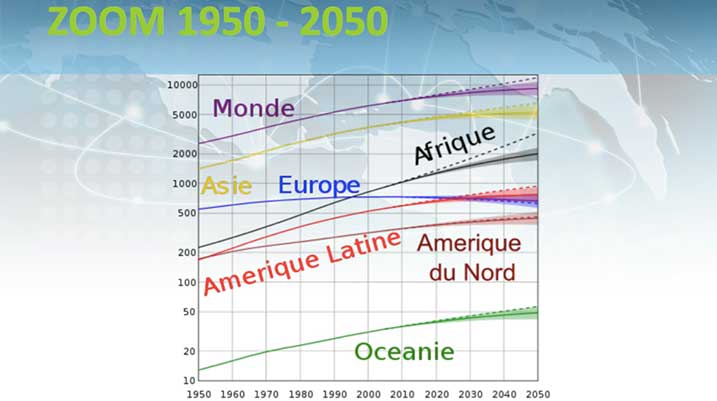 Africa has all kinds of problems to contend with, but in this context of unparalleled growth it’s also a continent of hope. The priority is to build a dialogue on urban challenges which takes into account memory, history, context, in addition to the usual models and mantras on what a smart city should be.

Africa as a whole is undergoing radical transformation, not only in the way it uses its basic resources – land, water and energy – but also in the production, consumption and distribution of foods. This transformation requires a whole raft of social, economic and environmental policies that place cities and urban expansion at the centre of everyone’s concerns.

African cities are pluralistic, heterogeneous, diverse, complex and – as I like to say, in allusion to Italo Calvino’s Invisible Cities – multiple. This pluralism is in many ways positive, but it also forces us to reflect intensely on underlying problems, which have to be tackled in their most global and interdisciplinary aspects. This is no time for technocratic jargon and attitudes, or for top-down “solutions” that do little to drive the real transformation which is so vitally needed in the urban environments of Africa. As places of social and cultural creativity, cities must teach their inhabitants the importance of coexisting in difference, allowing different identities and cultures not only to circulate freely but also to live together.

Africa is also faced with enormous challenges in terms of governance. The twenty-first century is going to be the century of cities, and those in charge of the cities. At the same time, transparency and democracy must be guiding values in the management of public life in cities if the conditions are to be created for the free exercise of power and the right to contest power, giving the capacity of empowerment to citizens on a basis of freedom of action.

Basing our approach on what’s happening in capital cities like Lagos, Abidjan, Accra, Nairobi, Cotonou, Cairo, Cape City and so on, and in light of our observations on the systems of production of urban spaces, we have to accept that years and years of urban expansion have led to the emergence of cities whose heterogeneity of construction offers a platform for reflection on the future: heterogeneity in terms of housing, land ownership, territory, aspects of legality and illegality in development, precarity, inequality, poverty and the development of very different types of infrastructure. 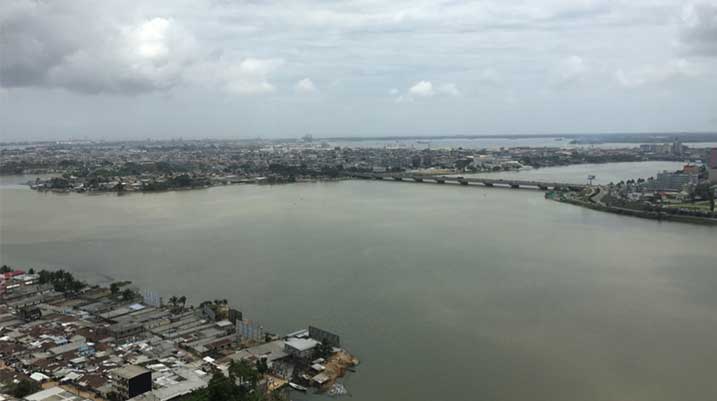 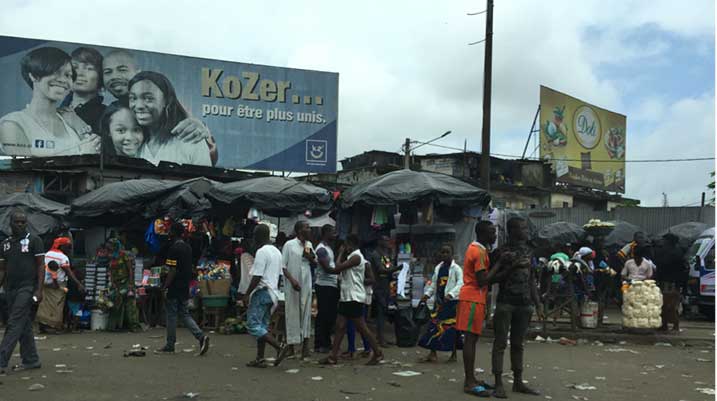 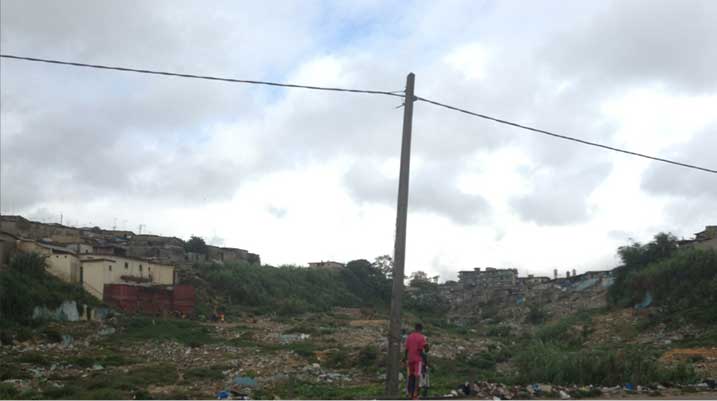 The African continent has the world’s largest population of dwellers of “informal housing”, to use a term that’s currently in vogue but fails to reflect the difficulties endured in recent decades by large sectors of this population living in spontaneous settlements. How can we speak of smart cities when huge swathes of their populations live on less than one US dollar a day, and have no access to basic resources such as water, sewers, healthcare and employment?

Urban expansion is a phenomenon which involves the interpenetration of different human activities, and the coming together of people from different origins in an environment more densely populated than those origins. This forces us to look at the issue of the smart, sustainable and resilient city from a viewpoint which reveals the particularity of these African cities: the apparent disorder, the predominance of young people, rapid development, uncontrolled population growth – but also a creative and development potential which is probably unique in a world in crisis, and which makes today’s Africa a key resource for the future.

In Africa, policy on sustainable development in urban environments is much more than a “nice, but optional” course of action, as Nicholas You, chairman of the steering committee of UN-HABITAT’S “World Urban Campaign”, recently noted. Ultimately, it’s urban policy that will determine whether Africa has the capacity to secure sustainable development at all levels of society. “Cities must be the number one priority for public policy, which must at the same time place the preservation of the environment at the heart of attempts to solve social and economic problems.

At the same time, and as an illustration of the tremendous power of ubiquitous technology, in Africa we have an enormous creativity which finds its expression in urban eco-systems, especially in the field of hyper-proximity, the use of social media and convergence with m-commerce.

On more than one occasion I’ve seen – and written about – how, in west Africa in particular although I’ve also observed it in southern Africa, urban transformation has changed the way proximity services operate. The massive presence of mobile phones has given rise to this interesting phenomenon of access to banking services via a mobile telephone number. A telephone number is no longer just that “virtual place” where conversations take place but rather, and above all, the kiosk around which the business of everyday life is transacted, like the transfer of money, shopping, parcel sending and a multiplicity of other, overlapping services.

In this respect Africa is a pioneering continent in the use of smartphones and their penetration of everyday life via simple, routine acts.

The input of the different diasporas that have now returned to the continent gives an impulse of creativity that makes Africa a leading seedbed for business start-ups and value-creating eco-systems. 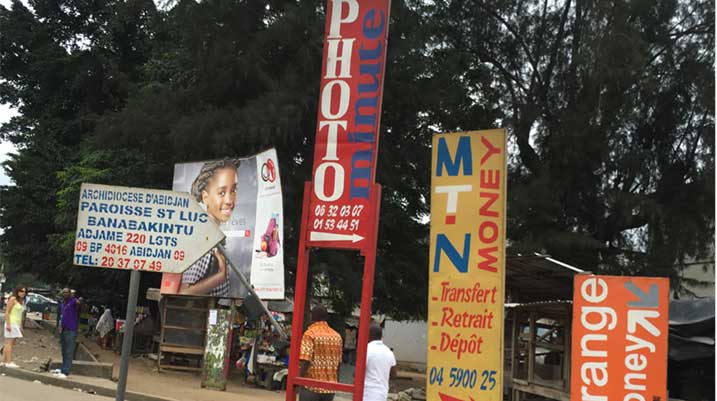 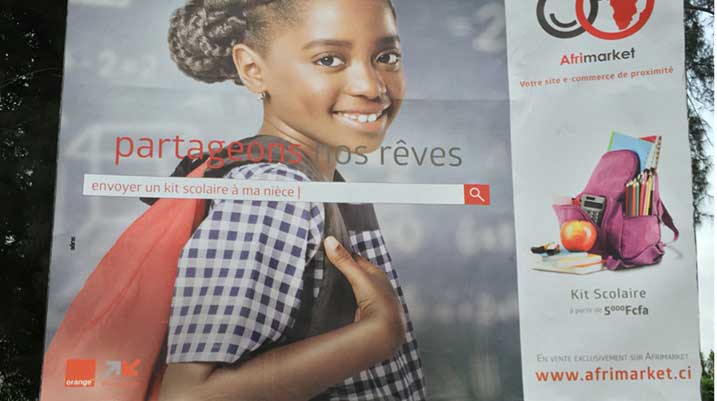 Looking at its size, its economic and political weight and the sociocultural trends that are driving new urban lives on the continent, we realize how the transformation of our cities poses the challenge of better quality of living in these new urban spaces. The paradox of the African continent is in reality no paradox at all – we see how new technology is leaving a deep and lasting impression on the everyday lives of every inhabitant.

With its power and ubiquity and its ability to create new uses and services, the digital revolution is an extraordinary incentive. At the same time, it’s essential that we become aware of the immense fragility and vulnerability of these new socio-territorial spaces. The imbalances are enormous, the divides are vast, and instability and hardship are always looming in the background. This is what makes me insist that in this era of hyper-connectedness, it is our duty to reinforce social ties so that technology does not become a factor we are unable to control, alienating individuals and communities from each other when it should be a factor of integration, a vehicle for communication, culture, ingenuity and creativity.

Our goal in the African continent is also to develop dynamic eco-systems capable of fomenting new ways of building cities and new paradigms. 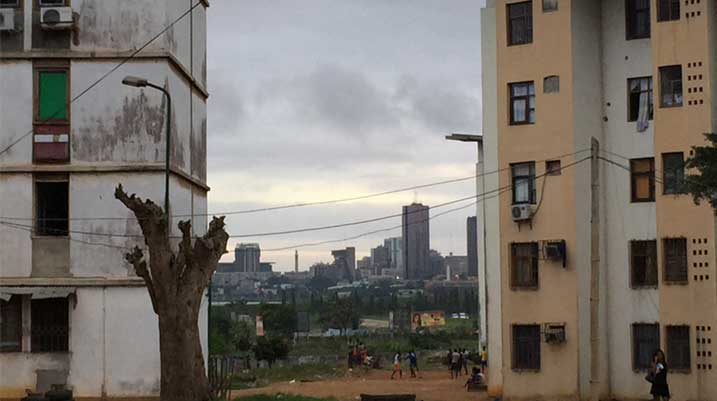 In a world in crisis, how do we face up to the major challenges involved in building tomorrow’s city, a city that’s oriented towards human beings, citizens, solidarity, a city that’s resilient, open and connected? Can we turn our cities into open-air laboratories where we can work to anticipate the turning points of the future?

All over the planet, from north to south, east to west, cities are at the heart of our lives and the questions that face us with regard to our future.

The aim of our reflection is to expand our theory and practice on the type of living cities we’re proposing, to reinvent the city and ensure the convergence of the 3 major drivers of change: social inclusion, a new approach to urban infrastructure, and the input of the technology revolution, and digital technology in particular.