Urban proximity and the love for places Chrono-urbanism, Chronotopia, Topophilia By Carlos Moreno * 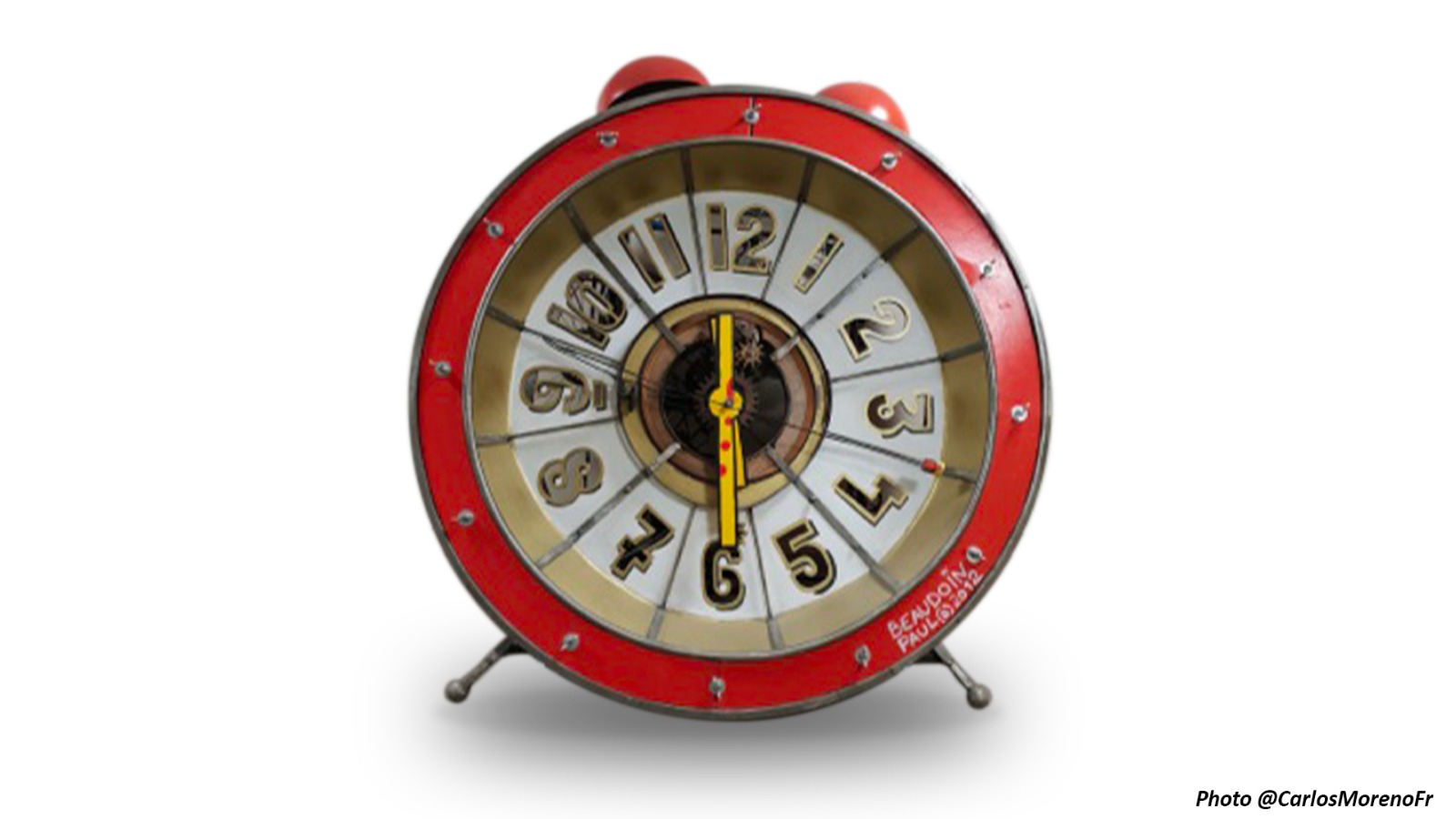 Thinking about chrono-urbanism means questioning in depth what the city offers residents for the use of their life time. The legacy of Fordism, a lifestyle based on a very strong specialization, with a spatially segmented urban life, has resulted in the “theft” of what is most precious to men, our useful time.

But what time are we talking about? The observation is overwhelming, because it is the very notion of time that has been taken away from us in favor of its only visible facet, that of linear time. We have become prisoners of the clock that marks the pace of urban life, with its obligations resulting in almost permanent accelerations. Saving or losing time has become a measurable urban issue in monetized slices, one of the forms of which is familiar to us with the famous expression “work more to earn more”. But is this the only time we have available as a substance of life? That of a subtle but very real bondage, which seems elastic to us but which we must in reality consume willingly or by force in order to manage above all the need?

Indeed, in Greek mythology, where we draw our roots from, Chronos is a God embodying Time but he is also Destiny. He unites with the Goddess Anankè, the Necessity. Of their three children, Chaos represents the unmanageable, the disorder, the desolation. This triptych, Linear Time, Necessity, Chaos, thus came to obscure the other expressions of Time for among the Greeks there were two other embodiments of time, much less known. The Kaïros, the time of opportune creation, that of the instant when action crystallizes, that of the depth of the instant, and Aiôn, that of the force of life, of immanence, of individuation, of unlimited lifespan.

The crisis of our predominantly urbanized societies leads us to return to the sources of this notion of life time. Faced with the climatic danger, which threatens the very survival of our civilization at the end of this century and already disrupts our lifestyles; faced with the 6th mass extinction of biodiversity and its consequences on our environment, urban life is at the heart of the problem, and it can only be the source of the solution. Becoming aware of the existing dissociation between space and time is a key step in order to be able to question in depth our lifestyles, production and consumption, including ultimately our displacements, which are consequently large consumers of linear time. The challenge is then to understand that linear time, Chronos, has lost a large part of its inner soul, that of our humanity, of our vital breath, the time of Aion, which regenerates us, and of another, that of the creative flame, of the moment when everything changes when creativity is at the rendezvous, of the seized opportunity, the time of Kaïros.

The city then becomes a place that we can look at differently if it offers us the possibility of meeting these two other dimensions of Time. This is actually the real issue that is currently unfolding before our eyes. In which city do we want to live? That, according to the current, utilitarian way of life, based on segregation and the separation between space and lifetime, which leads us to remain in acceleration, to live only in an exhausting linear time, which inevitably empties its hourglass? Or otherwise, according to another way of life, which allows us to make Kaïros visible, as a moment of creation and to rediscover our humanity with the time of Aion, our deep inner and social breath, giving another dimension to our actions? This city, offering a wide range of possible places, is another way of offering ourselves to us. With a functional utilitarian urbanism, the urbanism based on uses thus takes on its full meaning. When Italo Calvino makes us reflect in the “Invisible Cities”, in this sublime imaginary dialogue between Marco Polo and the emperor Kublai Khan, he takes us along this path: “Cities, like dreams, are made of desires and fears, even if the thread of their discourse is secret, their rules are absurd, their perspectives deceitful, and everything conceals something else.You don’t enjoy a city because of its seven or seventy-seven wonders, but because of the answer it gives to one of your questions. ”

Rediscovering a new convergence between space and time goes beyond chrono-urbanism, because it is really about finding the desire for a city and fighting against the fears that it engenders and that we amplify. This is why, two other elements are essential, the chronotopy to make our spaces and our lifetimes converge, to make visible the talk of the city, to grasp the rules of common life and to socialize the places in which we live. It is by this proximity that we can be freed from the grip of linear time, Chronos, to find the interstices that make visible the Time suitable for creativity, the Kaïros.

It is in this approach that we find the deep meaning of the “city of 15 minutes”, of the city of proximities, of the city of short distances. It is a question of breaking the rhythm of linear time, of Chronos, of the chronometer which measures, quantifies and regulates the use of our life time. It is in this way that we realize that other times exist, that of Kaïros, creativity, the link with the other, the discovery of resources, which were invisible, and which become so many opportune moments. So many opportunities to seize in this proximity made and become accessible. And this is indeed the meaning in Latin, of Kaïros, Opportunitas, to grasp as its winged incarnation which takes us on a journey, that of the time of creativity.

This is also why the city of 15 minutes is the opposite of social grouping and constitutes on the contrary the opportunity to get rid of the constraints, to transform each place into a multitude of possibilities, with each one leading to another, like a succession of new openings. One place, several uses, each use, new creativity.

It remains for us to give its place to the other indispensable time, that of immanence, of the Unlimited lifetime, of each one’s dignity, that of growing as a human deep from within, the Time of Aion. It signifies us by becoming aware of what we are, and it magnifies the places where we live. It is therefore the love that we carry within us, which is expressed through the love of the places we frequent, which are part of us. It’s the love of places, the love of the possibilities of each place, the love of life in each of these places. It is the topophilia, so that our experience becomes perennial and turns into a positive story; so that memory is part of our present and it guides our future. Because by thus being aware of where we come from, we then help shape where we are going. It is the essential foundation of new urbanities, the respect for places and objects. This is the guiding principle so as not to soil the ground, not to scuttle the public good, to respect the common good, not to take over a private good. Topophilia is a powerful vector for the appropriation of a living memory, of an encounter between myself, my sociability and the places around me. Paraphrasing, Augustin Berque, quoting in the Ecoumène Jean-Marc Besse, “between me and myself there is the city”. Because the more I discover it, the more it is part of me, I embody it myself and therefore I protect it. Topophilia as a collective tool is an instrument which allows us to channel our affections towards places, around a common frame of life.

Chrono-urbanism, chronotopia, topophilia, three concepts that converge around the city of 15 minutes to allow us to experience an infinity of places of urban possibilities. It is not an instantaneous transformation, it is an ambition, a roadmap, a path. It is a journey to embody the places, to find humanity at the end of the street, to give a heart to the heart of the city.

It is the challenge of shifting our gaze towards what we are, to our lifetimes<, to get out of the inevitable linearity of the chronometer, of the watch and to give time the other components that make us a real creative humanity, with dignity, otherness and compassion.

2019 Medal of Prospective, Academy of Architecture