The success of the international space station (ISS) is now revealed to the public through the stunning photographs taken during the mission of every part of the planet. The French astronaut Thomas Pesquet has been speaking to us since his arrival on the ISS, and showing us a beautiful collection of photographs of our urban planet. A sight to behold but also an impressive resource for all “city lovers”. 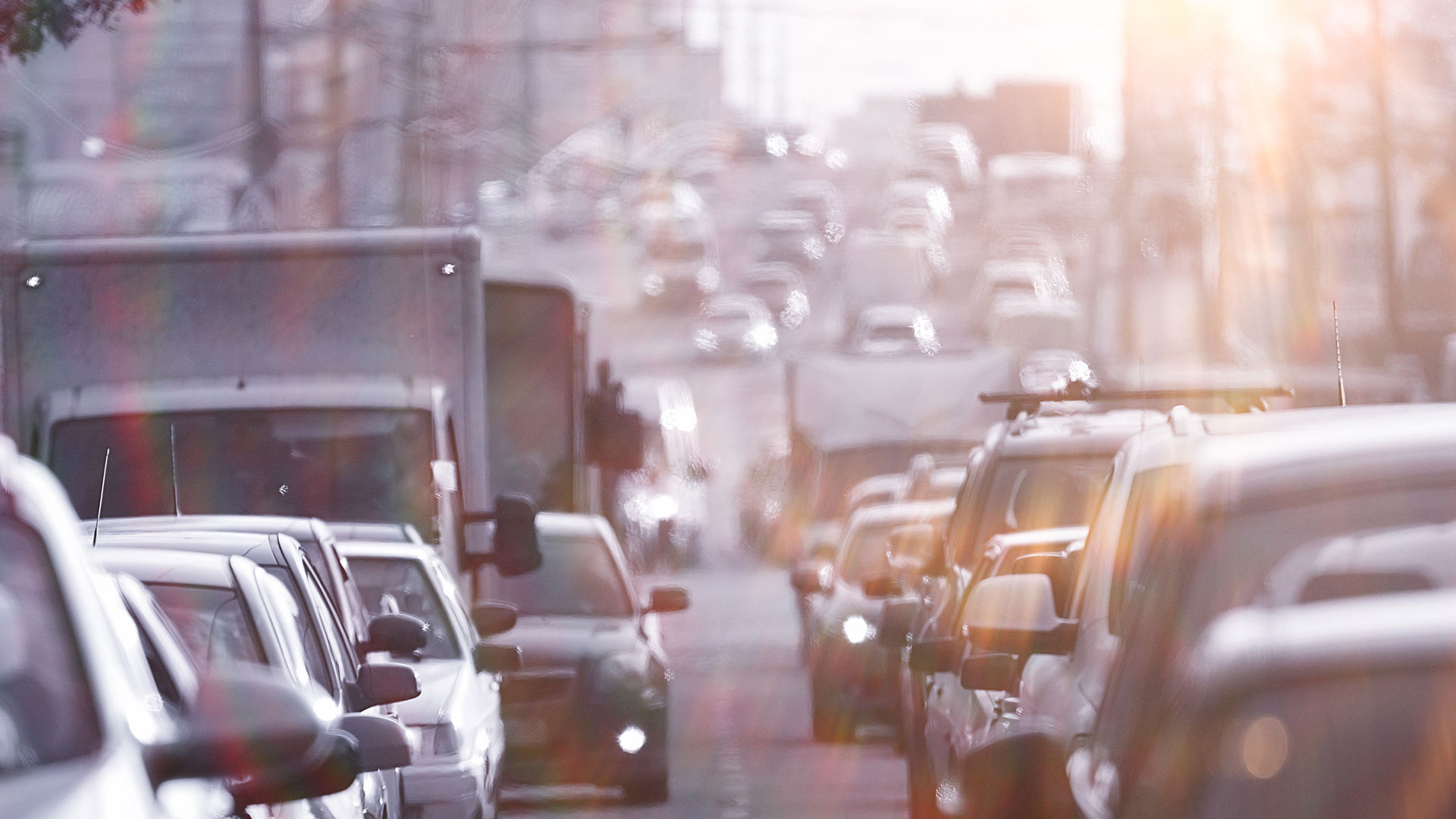 The images of cities, metropolitan areas and even night shots are the very embodiment of beauty. At the same time, they offer us deeper insights into chronotope of cities across the planet. The 21st Century is the century of cities, but also the century of all forms of pollution, as a result of human activity. The era of the “anthropocene”, a concept proposed by Paul Josef Crutzen, joint winner of the Chemistry Prize in 1995, and biologist Eugene F. Stoermer, has for some become the “molysmocene” or “age of pollution”, our planet is in jeopardy due to the very consequences of Man’s activities. The alarm has been triggered, as has the countdown, and the very existence of our civilisation at the end of the century hangs in the balance, should we fail to change our ways.

Since the second half of the 20th Century, a subtle disconnect between man and nature has been opening up which now threatens our future. It has gathered pace over the last two decades, and despite the multiple instances of existing regulation, from the G8 to the UN, not to mention the numerous other centres of exchange and discussion, we remain on a slippery slope. This disconnect came about due to the double impact of the booming phenomenon of non-stop urban environment and a way of life defined by excessive production and consumption. It has come to separate what is naturally linked through the complexity of life, of which man forms part, that being the four elements forming the basis of the natural ecosystem, and the heart of shared resources. air, water, fire, earth.

Cities lie on the front line due to their dominant concentrations of humanity, and the activities connected to their attraction, which they inflict on all surrounding territories.  They are at one and the same time the problem and the source of solutions.

Throughout the four corners of our planet, we predominantly live in urbanised areas where the air we breathe is heavily polluted, a situation which has become endemic and now consistently affects every one of the world’s major cities. Water has become a limited resource, despite its abundance due to inclement weather. It has also become polluted due to human activity and following usage also presents a risk factor. Fire which has been appropriated and transformed into a source of energy, has also become a component of pollution due to an excessive use of fossil fuels, the paradigm of the 20th Century, along with an array of polluting urban uses, especially combustion engines and urban heating and cooling systems. The earth, once nourishing, see its life, or even its survival, hang in the balance, due to the chaotic urbanising of humanity. The fight for land and even cities, among those who have come in search of informal settlements, to borrow a euphemism, is a constant in a large number of the world’s cities, particularly in southern and eastern nations. It is also the case in northern and western nations, even if people there enjoy superior living conditions, as the right to a city, to a habitat, to feed oneself and live in respectable conditions, remains a major challenge, as was illustrated at the conference A HABITAT in Quito in October 2016.

We are suffering the negative side effects of this failure to take the complexity of life into consideration when we chose the way in which to structure our urban societies, and neglected the human element.  A silo mentality has for several decades been a destructive force within urban life, which is no longer built around man, who now inhabits city-worlds which are growing at an exponential pace in the eastern and southern areas of our planet.

But the beginning of the 21st century is also offering a response, the refusal of the other, the ambush, the rejection of mixture, of inevitable intermingling, in a world where distances are disappearing due to the two-fold effect of improved means of transport and overwhelming ubiquity. Urban cosmopolitanism, an all too recent source of pride, as it was a sign of the ability to mix, to discover a richness in the diversity of the other which better enabled people to take to life’s shared pathways, is now a catalyst of suspicion, seen as insulting. A marker of mistrust, even threats and violence.

In reality, the question we must ask at this the end of the second decade of the 21st Century is this: on what foundation do we wish to build our cultural identity? This is truly what also determines our ability to open up or close ourselves off from the world, from others, from our alter ego.

Humanity has forever been beset by revolutions within its way of life often connected to the appropriation of a material which each time opened up new horizons: fire, stone, bronze, iron, steam, electrons and by extension, more recently, silicon. More are still likely to arrive, bringing with them their share of profound transformations: graphene, advanced manipulation of light, matter and waves: the quantum effect and also DNA.

When now the future of the urban world is closely linked to massification in all its forms of “silicon for all”, with its multitude of startling innovations, it is essential that we go back to basics. We have played against ourselves, by artificially separating what was naturally linked and of primary importance, Man, nature and its four elements. In contrast, we have also explicitly set in motion, a process which would never have occurred naturally, and least of all at a planetary level:  pollution.

This is therefore the “Anthropollucene” era, and I am proposing this new term in order to illustrate the brutal way in which Man is imposing himself on nature. Augustin Berque, wisely stated in his book Ecumene, “between myself and I, the earth”, to remind us that Man and nature are indivisible. Today, at the dawning of the 3rd decade of the 21st Century, “between myself and I, pollution” is becoming the constant refrain, so inseparable has it now become from man.

Let us make no mistake, nature, for its part, so closely linked to Man, has certainly not forgotten us, even though we have forgotten about her!  Climate change, air, water and light pollution, massive forest fires which are visible from space, rising sea levels, water stress, a lack of drinking water across half of the planet, lands which have been drained of productivity, new urban illnesses, city-worlds with their social, economic and cultural exclusion zones:  30 megacities are home to 12% of the world’s population and bear witness to staggering inequalities… The list goes on.

In cities at night, one form of pollution, light, cuts us off from the sky, from our enchanting Milky Way, the stars, the movement of the planets across the celestial dome above our heads, from the dreams of the immensity of the cosmos… We therefore dream by proxy, with the use of photographs and images such as those by Thomas Pesquet and others.   The sky has been left ashen, loaded with threatening even toxic clouds, and at the same time utopia has been replaced by insults traded on the greatness of this or that god, this or that party, territory or nation which is to become greater and yet stronger. Walls are built firstly in people’s minds, to then separate men further with borders. Organised deceit and combative statements fill the air in order to set people against each other. Mistrust, but also hate becomes entrenched, backed by violence, self-fulfilling prophecies, alas…

However, in truth are we not witnessing the birth of a new form of pollution which itself affects the intellectual, cultural life of the spirit, the rights and freedoms of Man which are breached whenever intolerance, populism, demagoguery, manipulation, infamy, plutocracy and authoritarian governments become established? This is ultimately the paradox of our times, the fight of urban Man, the one bravely led by many cities, to go back to basics, to the complexity, to reconnect with something which we have been needlessly separated from, and rediscover in the link between nature, social life, varied creativity and innovation, the origins of this powerful word complexus, to live these ideas fully in one’s urban life: to weave together, without worrying about where the weavers come from.