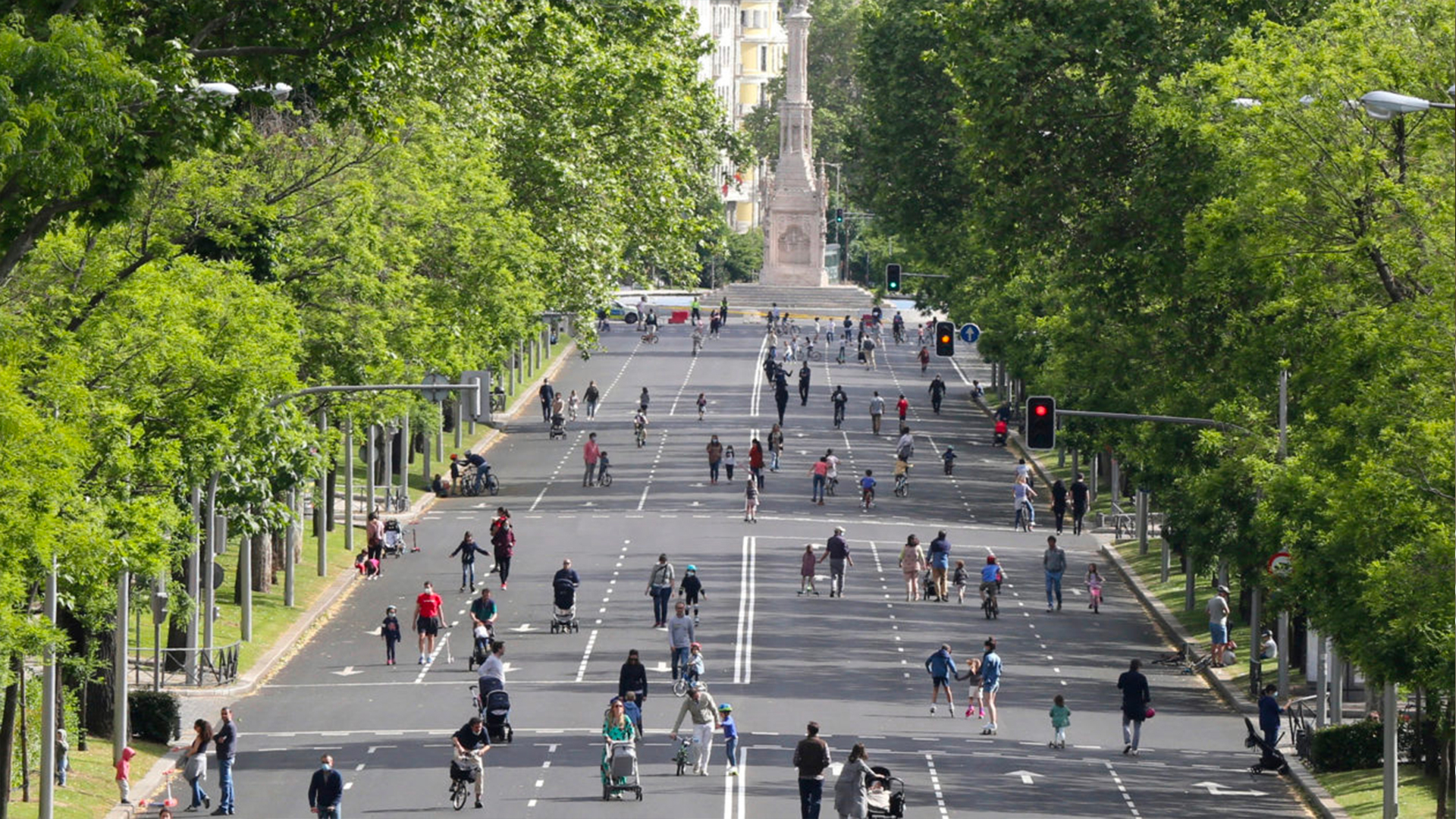 « With a sharp drop in auto traffic due to the coronavirus, cities around the globe have closed streets to cars and expanded pedestrian thoroughfares and bike lanes. But as life edges back to normal, will these initiatives survive, especially if virus-wary citizens shun mass transit? »

« In Europe, Paris has one of the most extensive efforts underway to recapture its streets from cars, converting more than 30 miles of major arterials, including the Rue de Rivoli — the main thoroughfare across the city center — into a network of bicycle-highways stretching all the way to the suburbs. Brussels has built nearly 25 miles of new bike paths for residents to commute on as they go back to work. From Portland to Philadelphia, London to Milan, Buenos Aires to Auckland, dozens of cities are, to varying degrees, following suit. »

« Paris’ new cycling thoroughfares have been getting good use since the city started to lift its travel restrictions last month. The bike lanes, which parallel parts of the city’s Metro system and lead out to the glass-and-steel skyscrapers in the business power center of La Defense, are coaxing executives out of their cars and onto bicycles, says Carlos Moreno, a professor at the University of Paris 1 Pantheon-Sorbonne.

Moreno is the designer of the “15-Minute City,” part of Paris Mayor Anne Hidalgo’s plan to keep cars from re-taking the city. The blueprint, unveiled just before the Covid-19 virus swept through Europe, aims to reconstruct neighborhoods so that the things residents need most — places to work, shop, dine, and go for health care, education, and exercise, are available within a 15-minute walk of their homes. Moreno says the lockdown, during which Parisians’ travel was confined to a one-kilometer radius of their residence, underscored the importance of what he calls “démobilité” — minimizing the need for automobiles. »