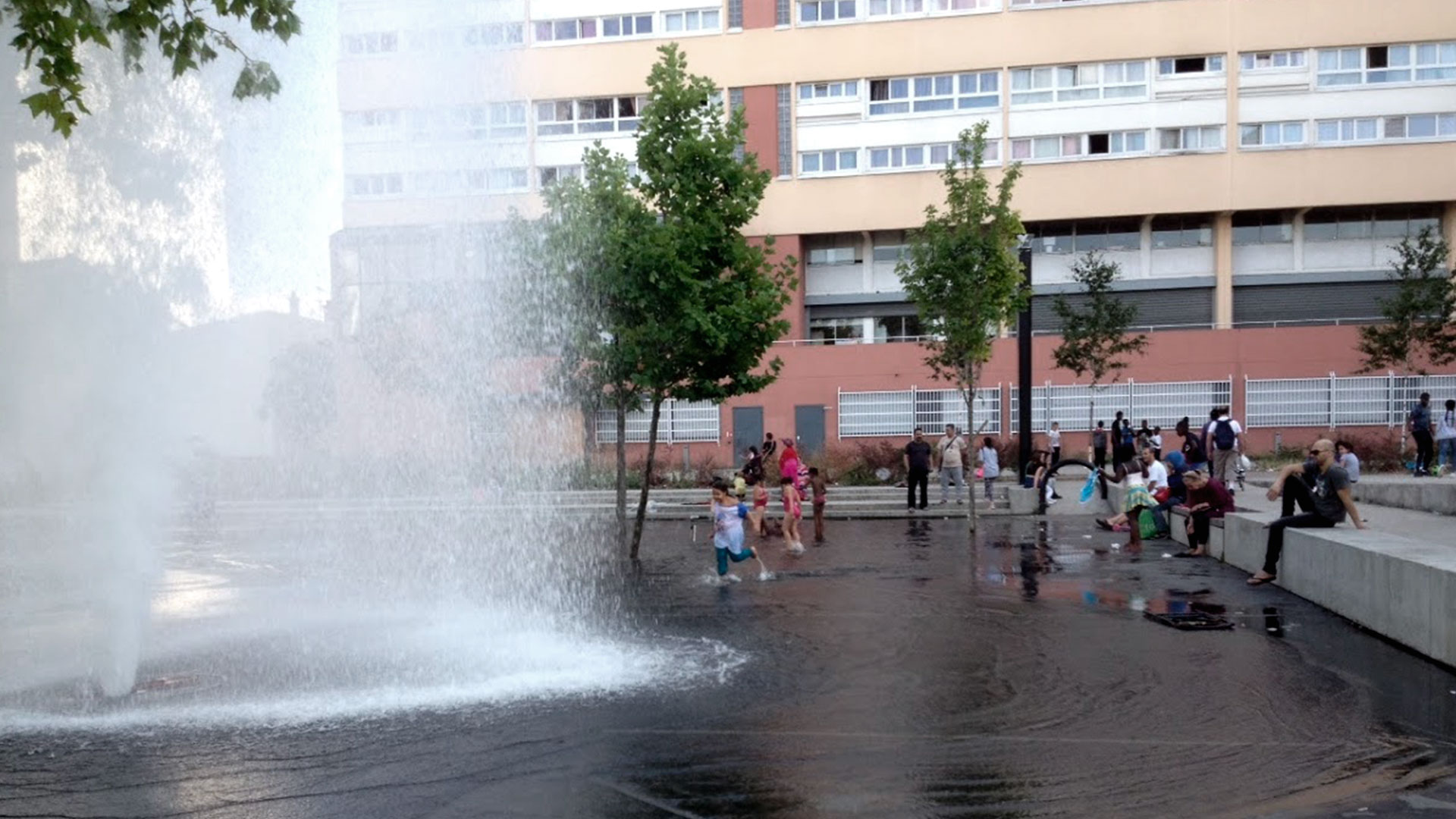 Heatwave: no, coolness can’t be downloaded!

Climate change scenarios are forecasting that heatwaves will become more intense, more frequent, and last longer. Hot days and hot nights are also expected to become more and more common, regular occurrences. The World Meteorological Organization (WMO) has observed extremely high temperatures in Europe, the Middle East, the USA, North Africa and the south-west of Africa in recent weeks. Around the 21st June – the first day of summer in the northern hemisphere – France experienced an unprecedented heatwave. The night of June 21st was the warmest in Paris since 1872, that is, since meteorological reports have existed. Heatwave warnings were declared in 66 departments and temperature records were smashed throughout the country.

At the same time in Mexico, in Mexicali, the capital of Baja California, which is a town of 700,000 inhabitants near San Diego, not far from the border with the USA, the temperature exceeded 50°C. Refuge stations were opened where the most fragile citizens could escape the heat. On the other side of the border in the USA, records were also being broken: in Phoenix the temperature reached 48°C and the international airport was closed due to the excessive heat. Arizona experienced three consecutive days at 46°C, and Las Vegas reached a record 47.2°C. The California National Park was on a general alert, with temperatures reaching 52.8°C.

In the town of Turbat in Pakistan, the temperature exceeded 54°C. A few weeks before, Mezaira in the Arab Emirates had also reached temperatures in the 50s. In Morocco, a temperature of 43°C was recorded in the town of Larach in the north of the country. In the south-east of Iran in the town of Kuzestan, thermometers read 50°C.

Thus, eight different locations on the planet experienced temperatures of over 50°C during the same period. The Black Sea and the whole of the Middle East also saw temperatures 6°C above the average, at over 40°C.

In Europe, traditionally temperate zones experienced abnormal increases in temperature during this summer solstice period: Heathrow Airport in London recorded 35°C on June 21st, its highest temperature in fifty years. In Germany in the same day, the temperature reached 35°C in the town of Andernach on the left bank of the Rhine, while at the same time a wave of storms, hail and strong winds broke over the north and west regions of the country, causing numerous damages and interrupting traffic.

The extreme temperatures ranging around 40°C contributed to the severity of the huge and dramatic forest fire in Portugal, currently raging in Leiria, which has already killed 62 people and injured many more, as well as causing considerable damage. The Portuguese national meteorological service, IPMA, indicated that over the weekend, when the fire broke out, more than a third of their meteorological stations were already recording temperatures approaching the 40s.

In Madrid on the 17th June, the international airport recorded 40.1°C, in the Granada airport 41.5°C was reached. During the night of 19th June, Salamanca and Zamora reached 22°C and 24°C respectively. The terrible fire which has broken out in the south-west of Spain at Moguer, and is attacking the Doñana National Park – which is a UNESCO Biosphere Reserve – is also being propagated in meteorological conditions of extreme heat. Spain is suffering from a premature drought and a number of areas of the country had been classified as maximum fire risk on Sunday, including a large part of the Huelva Province, where the fire broke out. 1800 people had to be evacuated, who could be described as climate refugees.

The heat wave which occurred in the Iberian Peninsula earlier in the June as a result of very warm air travelling from the Sahara will now move from central and south-west Europe towards the east, to the eastern Mediterranean, over the next few weeks.

For years, scientists, experts, international organisations and associations, and all the world’s authorities on studies and perspectives concerning the reality of climate change have been sounding alerts about the gravity of the situation.

In the most recent issue of the journal “Nature Communications“, published June 15th this year, a study by American climatologists at the Scripps Institution of Oceanography, Brookhaven National Laboratory and the University of Ohio highlighted a worrying situation by referring, for the first time, to rain in the Antarctic. This was the result of enormous glaciers melting, followed by condensation which then turned into rain, at a location which is supposed to be the coldest on the planet. This rain will further weaken the melting surface.

The Arctic climate is also undergoing transformations, with profound consequences for the peoples, resources and ecosystems of the whole world, according to a study carried out by 90 scientists working in the international SWIPA program (Snow, Water, Ice, and Permafrost in the Arctic), which is a part of the Arctic Council’s Arctic Monitoring and Assessment Program (AMAP).

The study particularly issues a warning about the disappearance by summer 2030, possibly earlier, of the bulk of the ice in the Arctic ocean. Another systematic consequence referred to by the study, and by no means the least important, is “the melting of the permafrost that holds around 50% of the world’s carbon stocks; already affecting the infrastructure of the north, this could potentially release significant volumes of methane into the atmosphere”. In a world where we are all connected and interdependent, David Barber, professor at the University of Manitoba and an Arctic ice expert who is one of the primary authors of the SWIPA report, reminds us of the very essence of the paradigm of complexity with a reminder that “these changes in the Arctic would cause meteorological changes as far away as the Asiatic south-east, particularly a weakening of the polar vortex (known as the jet current or jet-stream)”: “the Arctic is linked to the rest of the planet”. The systematic effect is alarming, both for the the impact on the rising sea level and for its repercussions on the metabolism of the planetary cycle via condensation and precipitation.

Human life, concentrated primarily in urban centres, is seriously menaced by the rising temperatures, and global engagement is an obligation for everyone. The Global Compact for the environment proposed by France and launched at the Sorbonne last Sunday, 24th June; the Montreal agreement for the climate, signed last week during the extended international initiatives promoted by the C40 Cities; Metropolis; Compact of Mayors; Covenant of Mayors: these are all initiatives which we must support without fail.

International pressure must be ramped up to ensure that the Paris Agreements are maintained – it is a case of the survival of the human race over the next 50 years.

Several years ago, I had to raise the alert in France and elsewhere about the signs, still faint at that time, that an obsolete urbanisation – in particular, entirely concrete suburbs, a lack of biodiversity, the misery associated with social exclusion, unemployment and poverty – was heading for an explosive encounter with rising urban temperatures. I was able to indicate that one of the principal risks of social revolt is found in places where precarious, impoverished situations are faced with climate change. The first climate refugees already exist in our urban territories, in those areas where urban heat islands, marked by temperatures exceeding 35°C, are increasingly powerful and unsustainable. “Vertical swimming pools” or “urban geysers” flourish every summer, and are not just acts of urban disorder, but are in fact social expressions which will crescendo and which must be considered very seriously in terms of their roots. These urban areas, currently in distress, must now be transformed, through a multidisciplinary project which involves social inclusion, re-appropriation of public spaces for all, revegetation and biodiversity, as well as making water available in urban life and ongoing dialogues with the residents.

Technology must be directed entirely towards this essential challenge: a living, inclusive town. What is the point of being able to download your brain in 2050, if our bodies have been “barbecued”? Rest assured, you will not be able to download coolness… !

At a time when Europe is being confronted with social tensions following the influx of Middle-Eastern refugees from wars ravaging this part of the world, we must be aware of these issues. If nothing is undertaken to tackle to the root causes, the UN estimates that by 2050, there will be 250 million climate refugees. Indeed, since 2014 there have already been more eco refugees than war refugees in the world. Isn’t escaping town during a heatwave, to seek the cool elsewhere, already becoming, in some small a way, a climate refugee, for the space of a weekend or more …? Let us keep in mind that every one of us could become a refugee: nothing is written above our doors and windows – which protect us today, sure, but for how long?