On the occasion of the 2015 “Safe & Smart Cities” forum, to be held in Tel Aviv from May 10th to May 12th, with the participation of Professor Carlos Moreno, we would like to share his thoughts on a topic that has generated considerable debate. 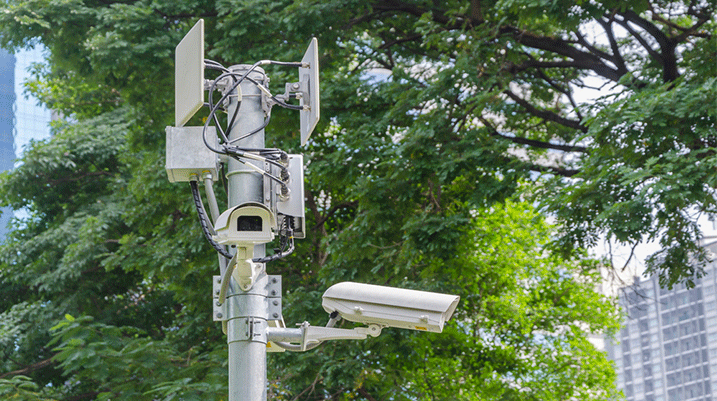 At a time when the world is undergoing profound change under the influence of major technological, economic, societal and political transformations, urban spaces are becoming the focus of future development challenges. Among them, the issue of security in public spaces has become a major concern in view of the social and territorial fragility of our cities and the upsurge in acts of terrorism perpetrated in the last decade in the very heart of cities throughout the world.

Today’s ubiquitous technology – with its connected objects, geolocation, big data and 21st century platforms – offers us tools which, in conjunction with a security policy, can be deployed, used and exploited in complex urban environments. Discussion on the acceptability and use of these tools doubles in intensity when citizens are subjected to new anxiety-provoking situations, as is now the case with threats from alarmingly radicalised individuals.

In this context, how should we view these measures? How should we rethink the articulation between the city, security and technology in these troubled times? How do we envisage the future at a time when debate on the scope of digital tools and respect for individual rights are increasingly in the media spotlight?

From myth to reality: some facts

Whether it is called video security, video surveillance, peacekeeping video or video protection, reliance on high technology in the context of urban policy for public spaces is often only the visible part of the security iceberg. As a reminder, video surveillance was massively introduced into the urban environment for the first time in London at the time of IRA attacks in the nineteen-eighties. The number of video surveillance systems increased dramatically at this time and spread throughout the country, particularly starting in the nineteen-nineties. Today there are approximately 500,000 cameras in London and more than 4 million throughout the United Kingdom. 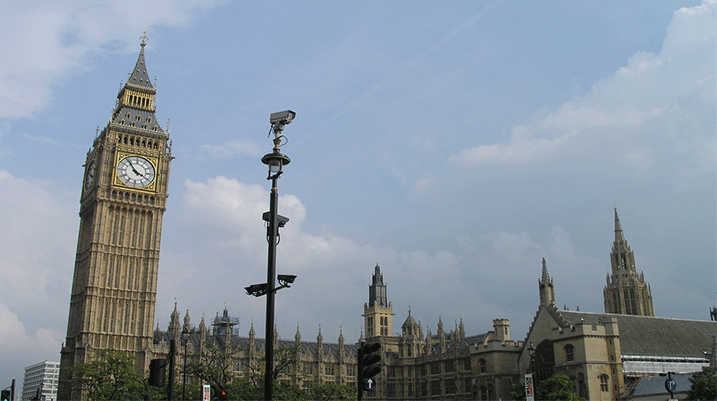 What is the situation in France? As of 30 December 2012, according to the official list published by the Ministry of the Interior, 1,944 French cities were equipped with street surveillance cameras, representing only 5.3% of municipalities, including France’s overseas territories. According to another official figure now available (dated 2010), there are some 38,000 video surveillance cameras installed throughout France; and in another interesting bit of information, there are more rural and suburban areas equipped with cameras than urban areas. Finally, coverage of the territory is unequal: highly populated regions are better equipped, particularly the Paris suburbs, the Atlantic coast and the rich Mediterranean tourist towns – Nice, Nîmes and Antibes are thus included among France’s top 10 large cities with the most cameras. The departments of Nord-Pas-de-Calais and a broad border region with Germany around the cities of Metz and Nancy also form a concentrated cluster. Ski resorts (such as Châtel, Megève, Saint-Gervais, etc.) are also investing to reassure their customer base.

Launched at the time of the national capital equipment plan in 2007, public video surveillance was first the preserve of municipalities governed by the right. But subsequently, local elected officials on the left gradually appropriated these systems, presented as indicators capable of reassuring the population under such names as “video protection” – so much so that recent video surveillance expansion plans have mostly concerned left-leaning cities. Among seven large French cities that have strongly increased their installed base of cameras since 2011, four are cities governed by the left, versus three by the right. Noteworthy among them, of course, is Paris, whose vast video protection plan (PPVP) was completed in 2012. It should be stressed, however, that the few cities here and there still resisting for political reasons are left-leaning cities: Nantes and Lille have still not been equipped, while in Grenoble there was talk of uninstalling the city’s 18 cameras.

The eternal debate: is video surveillance effective or not?

Ideological discussion on the video surveillance issue sooner or later comes up against the stumbling block of its effectiveness in relation to the investment required and the threat to our individual liberties. This is a sensitive issue that is difficult to clarify objectively. Indeed, a controversial investigation appeared in mid-January on the BBC’s website, challenging the position held by the various British governments on this issue for decades. The investigation is mainly based on an independent report commissioned by the Police and Crime Commissioner for Dyfed-Powys, which covers the largest police area in England and Wales, where the removal of cameras in the area did not lead to increased crime or antisocial behaviour. Another 2013 report by the British Police College explained that the effect of cameras was mild, but that they had a statistically significant effect on vehicle theft, for example. However, it stressed that the cameras had no effect on the recurrence of violent crime. Conversely, there is no denying the effectiveness of these systems in the resolution of such recent cases as the Boston Marathon bombings or the 2005 London bombings, nor their impact in terms of “emotional intelligence” among the population, admittedly a subjective but important criterion, as was seen during the attack on Charlie Hebdo in Paris in January 2015.

Another perspective on urban security in public spaces 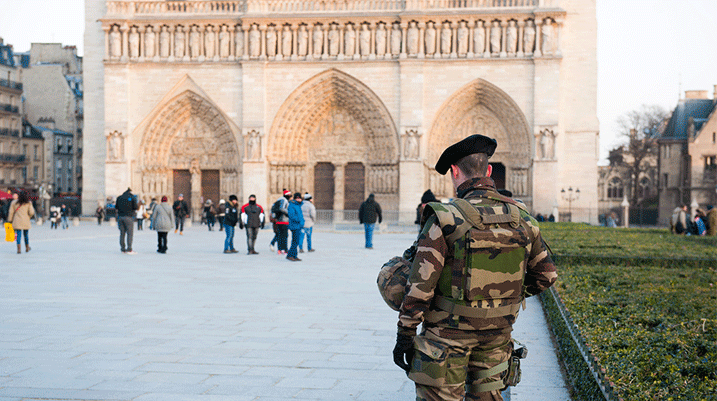 Beyond the partisan debate between pro- and anti-video surveillance advocates, I think we need to remember that at a time when irrational terrorist attacks are on the increase, it is important to reassure the public. At a time when types of threats are changing, video surveillance may, in some respects, play a reassuring role in cities subjected to violent and indiscriminate attacks. The constantly repeated images projected by the cameras in the hours and days that followed the Boston bombings had a calming effect on the traumatised population. They have also helped to change inhabitants’ perspective on security in their city. Similarly, following the Charlie Hebdo attacks, citizens’ view of security forces and the maintenance of law and order they personify have profoundly changed. People have moved on from distrust towards a real sense of gratitude: security in public spaces in France may now be explained not as a limitation on citizens’ freedom, but as a constituent element of the quality of sharing and respect for life in the urban environment.

But as I travel the world’s cities, I have observed that it is first crucial to strengthen citizens’ sense of belonging and identity with their territory, as a key element of any approach seeking to reassure and mobilise urban populations from a security point of view. However, in my opinion, this is only possible on one condition: that security policy be viewed not solely as a set of means to control the movements of citizens within a city, but more globally as a strategy aimed at combating the social and territorial fragility and vulnerability of the city. Beyond the technological means related to surveillance or repression, security must be considered in relation to economic, cultural and educational issues, and the quality of civic life.

In conclusion, I would like to cite the case of Médellin once again, a city whose crime rate a few decades ago was among the highest in the world, which succeeded in bringing about a radical transformation through a long-term strategy including, certainly, the repression of delinquency, but based primarily on long-term initiatives aimed at integrating its population socially, economically and culturally. Conversely, Mexico City, despite the some 20,000 cameras deployed within its borders, has still not succeeded in stemming the violence and insecurity prevailing in its neighbourhoods. Following the example of Médellin, security, in my opinion, must be conceived of as an open approach, in which social inclusion and the issue of urban identity must prevail over the issue of the means of civic protection to be implemented.

It is therefore up to us to bypass the reflex reaction of seeking security through technological intelligence and remain vigilant and creative in our approach to security intelligence, which, addressed in terms of social and territorial fragility and vulnerability, offers numerous possibilities for new urban horizons.