From coastal villages to maritime hubs, from highly urbanised towns to harbour metropolises, from urban ports to hinterland ports, but also maritime towns with a heritage and touristic focus, to industrial ports with an economic focus, the City-Port concept has many specific characteristics: economic and industrial influence, governance, spatial arrangement, societal-territorial tensions…. but also the search for a specific town identity, in a worldwide context of fast-developing urbanisation, which constitutes a challenge in itself. 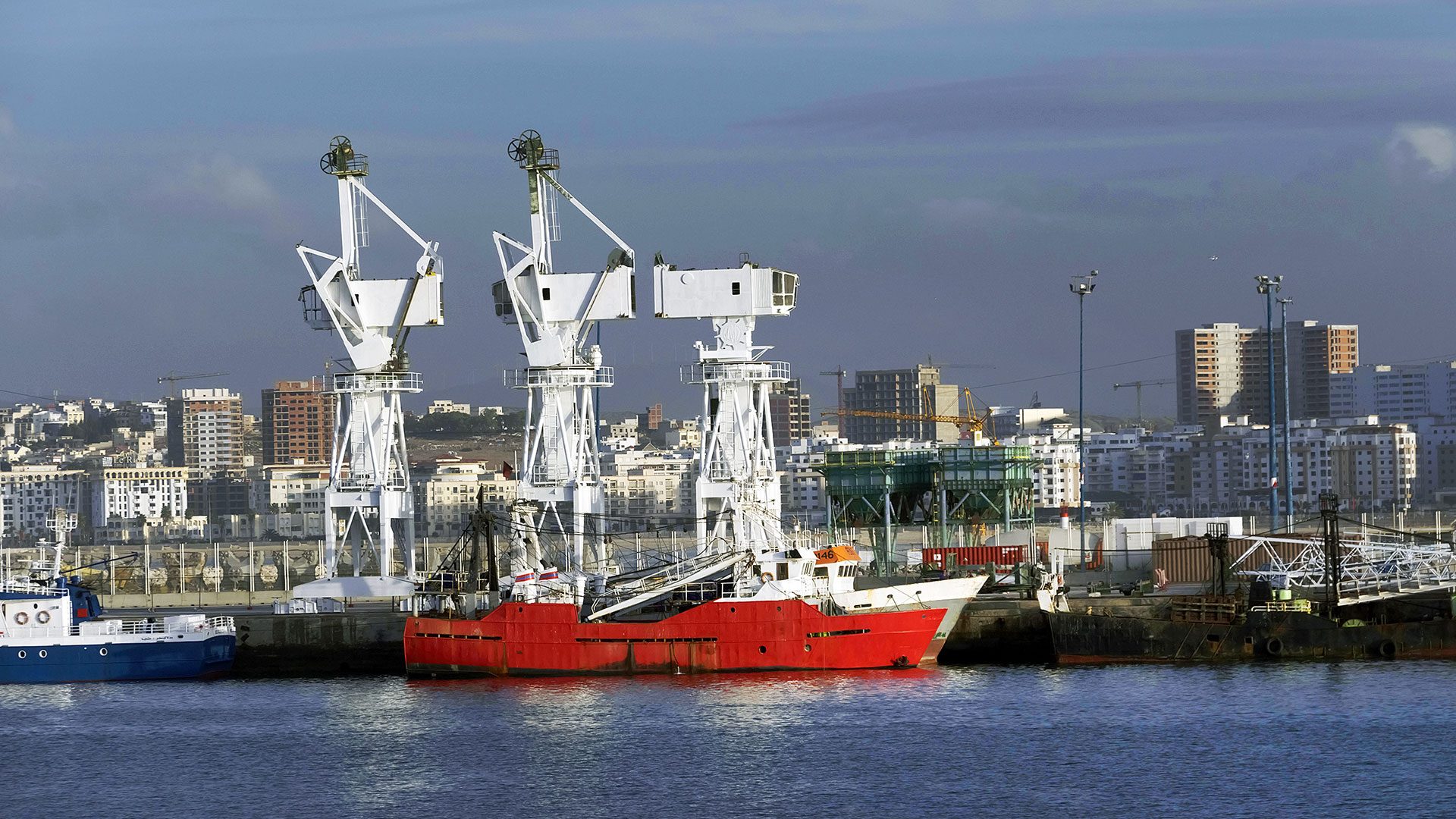 The City-Ports of the 21st century embody this global economic move towards globalisation, and are showing a significant increase in worldwide commercial trade each year. With 27 billion tonnes of traffic per year, ports are a key focus for economic and socio-territorial development. It should be noted that seaways, the main trade channels, are primarily centred around Asia. Nine of the world’s top 10 ports are Asian. Asian ports also make up 16 of the top 20 ports. In Europe, Rotterdam remains the most powerful port, a sign of historic continuity which also extends to socio-territorial development.

In a time of great uncertainty, when humans are more interconnected than ever before, physical relations by sea remain an expression of power. For trade, certainly, but also an ability to demonstrate a political and military presence, which remains a hot topic. From the fleet of the American War, which diverged from its patrol mission to a source of tension, to the French aircraft carriers and nuclear submarines, to China’s most recent investments to demonstrate its own intervention capacities. From war to peace, from peace to war, seaways and ports are a strategic piece of the very complex puzzle of global geopolitical balance.

But what are the current challenges faced by city-ports?* With massive globalisation came this new order linked to the trading of goods by sea, which remains the main channel for this. The “containerisation” of the world is easily visible for visitors to ports worldwide, with the long and never-ending queues of boats coming to load or unload, the – ever-growing – “container ship”. The degree of sophistication of port automation is also an important clue in the search for optimising its capacity to ensure that it performs well. Huge cranes and loading bridges, now accompanied by a never-ending procession of fully automatic, robotic ground transporters, which have now become an essential part of the load stacking and unstacking process.

Social relations between the powerful dockers in ports worldwide are an indicator of the “pulse” of social peace or, on the contrary, the instability of ports. But the relationship between the town and the port remains a complex link. On a global scale, the battle of the port is no longer focused on seas or rivers, but on the conquering of inland regions, the “hinterland”. The power strategy of a port now hinges on its operational capacity to develop itself as a multi-channel hub, and to subsequently offer the widest possible range of services, which enables very far inland regions to be reached.

The considerations of the city are now of prime importance, and what was previously an “independent” structure, a place for loading and unloading built for and focused on the sea, is now, more than ever, directly linked to the socio-territorial capacity of the city, which supports the development thereof. From the all-powerful, and sometimes “sealed off” port – often “state-like” in terms of management – the city-port has emerged with its own relationships, which are occasionally love-hate, but which have both become vital for the future of one another.

Can you imagine Ningbo without Shanghai and its network of towns in the inland region? What about Shanghai without Hong Kong? Rotterdam without its network of river and rail routes to the inland regions, and its dual dominance with Antwerp? Barcelona without the direct link between its port and Zaragoza? And, with the latest news, what about Incheon in South Korea, the strategic hub? This is a key focus for the survival of North Korea. Even beyond that, the buy-back of the two-terminal container port concession at the Athenian port of Piraeus by the Chinese operator, Cosco, for €3.4 billion, should be viewed with this same perspective.

From the Port and Sea duo, which built the strength of maritime ports throughout history, reflecting the power of these cities and states, another duo has emerged. The Port and City duo, the Sea and Land duo. Nowadays, it is actually becoming a Sea-Land-Land triad. Land, in the first instance, for the city-port and, secondly, for land transportation to the inland regions, represents a challenge for its capacity to manage and accommodate the large-scale traffic flows that depart from and arrive at the ports.

The economic model of ports has changed with worldwide “super containerisation”. The performance of ports is no longer solely measured based on the speed of loading or unloading at the dock, at nearby logistics facilities but, above all, on its capacity to offer “comprehensive availability”, including to inland regions. The concept of City-Ports as a comprehensive socio-territorial chain therefore becomes an area of interest for development in the coming decades. From the concept of Ports to the concept of City-Ports, we now have the concept of the “territorial hub”, the cornerstone of which is being constantly moved, in a perfectly visible transfer to the “hinterland” and inland regions.

The decisions regarding land development in terms of roads, motorways, railway lines with rail transport, river connections, intermediary storage centres, logistical buffer zones throughout the country, are not neutral. They are at the centre of the strategic capacity of the city-port to live in symbiosis with its inland regions. According to the methods of implementation, they may or may not result in a desire to ensure sustainable development in line with the climatic and energy challenges. Mechanically, the “super containerisation” of maritime transport requires the city-port to open itself up to ensure key fluidity.  The interminable queues in front of the port for loading and unloading boats are no longer compatible with the interminable queues for loading and unloading trucks, which are the source of all types of disruption. Road disruption caused by traffic jams, environmental pollution, daily blockage of roads… the list is long but goes hand in hand with what has become a true understanding that things must be done differently, bringing a future vision to the hinterland. There is also a link to the service model and economic model of the port and city-port. At a time of desiring to seek energy efficiency, territorial decentralisation, construction of a network that rebalances the territories and a better division of the workload linked to services, the logistics associated with the port and hinterland may represent between 40 and 80% of the total cost of the operation. In the same way as transport to the city shall inevitably change to door-to-door transport, which requires transport operators to think about a concept of “flexible and integral mobility”, port operations will also move towards “flexible and integral end-to-end containerisation and de-containerisation”.

As an example, in Rotterdam, the biggest port in Europe, the rate of transhipment – the transfer of trans-oceanic container ship goods to a local delivery system – is 36%. The remaining 64% shall be transferred to inland regions by river, rail or road. Since 2015, the port of Rotterdam has doubled its operational capacity by gaining an increased number of sea operations. In inland regions, operators will therefore no longer see a place to be travelled through but an element that belongs to the port chain network. The city therefore becomes a partner in its own right, and the entire region surrounding it is a strategic component, from the port to the city-port, and from the city-port to the super-city-port. The pathway for the construction of a super port metropolis is therefore outlined and is inevitable. This involves the capacity to develop in the coming decades, since trends show an increase in this type of maritime traffic. Let’s recap that major operations are underway in various areas of the world which are increasing this traffic: the planned widening of the Suez and Panama Canals; the controversial planned creation of a new inter-ocean canal in Nicaragua – which was awarded to a Chinese consortium -; the development of automatic container ships, following the example of driverless cars; and the mass implementation of the “blockchain” in the securing of maritime transactions and their traceability.

The global maritime market, with its annual value of €1,500 billion, represents a major challenge for the global economy. The developments of this are also an indicator of the size of geopolitical relations. The global move towards urbanisation from the North-West axis to the East-South axis, along with the “megalopolisation” (large-scale urbanisation) of the urban world in Asia and Africa in particular, is a reality which is also reflected in the rise of city-ports and their inland regions. Since the 2000s, Asia has become the continent that receives the most maritime traffic flows in the world. In particular, and a determining factor for the strategic positioning in the next few decades, the seafronts of the Indian Ocean and Pacific Ocean are largely dominated by Asian maritime traffic flows. Nowadays, the development of the leading economy – China – is focused on the southern seafronts towards Africa and Latin America, with Brazil as the hub. The ranking of the world’s top ten ports is instructive in this respect since, with the exception of Rotterdam in eighth place, eight ports are Chinese, with Singapore in third place. If we look at the next 10, there is still undeniable Asian supremacy, with only Port Hedland in Australia in 12th place, Antwerp in Belgium in 18th place and South Louisiana in the USA in 19th place. In addition, the appearance of Port Hedland is not unrelated to the Chinese economy, since it is a supply depot for iron minerals, vital for industrial and, in particular, urban development in China.

This is how we assisted with the transformation of a Chinese-Asian seafront, which developed from “simple ports” to “city ports”, to “port metropolises”, with the goal, over the next decade, of developing the first “super metropolises” with “built-up” concentrations, with a range of territorial influence that extends beyond the traditional administrative borders. The marginalisation of Europe (but also the United States) in maritime transport is linked to the issue of our city ports. After the rise in commercial world cities, which were previously Venice, Bruges, Genoa, Amsterdam, Lisbon, then London and New York, the life of these world cities has been confronted with the decline of these ports and the corresponding loss of influence.

Europe is therefore confronted with and in competition with these urban developments, this new generation of “city-ports”. This vision is vital to take on the future with our own urban developments. With this perspective, it is therefore crucial to build a super metropolis connecting Paris and Le Havre and following the shape of the Seine up to its mouth. The same logic must then be implemented with the strategic positioning of Marseille-Fos, which must fight to establish its position on the Mediterranean seafront and therefore, more than simply a hub, must become a super metropolis with added value, connecting the national hinterland. Finally, Dunkirk, number three of the French trio of city-ports, shares this loss of influence, standing and position. One informative figure, specific to this port, gives us food for thought: “nearly 85% of containerised flows from the north and east of France – and perhaps half of those from Ile-de-France – are handled by the single port of Antwerp”. We are therefore faced with a sizeable challenge so that, at the dawn of the convergence of urban intelligence, new technologies and the development of new urban infrastructures, city-ports converge with this new Sea-Land duo to give French ports a roadmap towards super socio-territorial metropolisation. 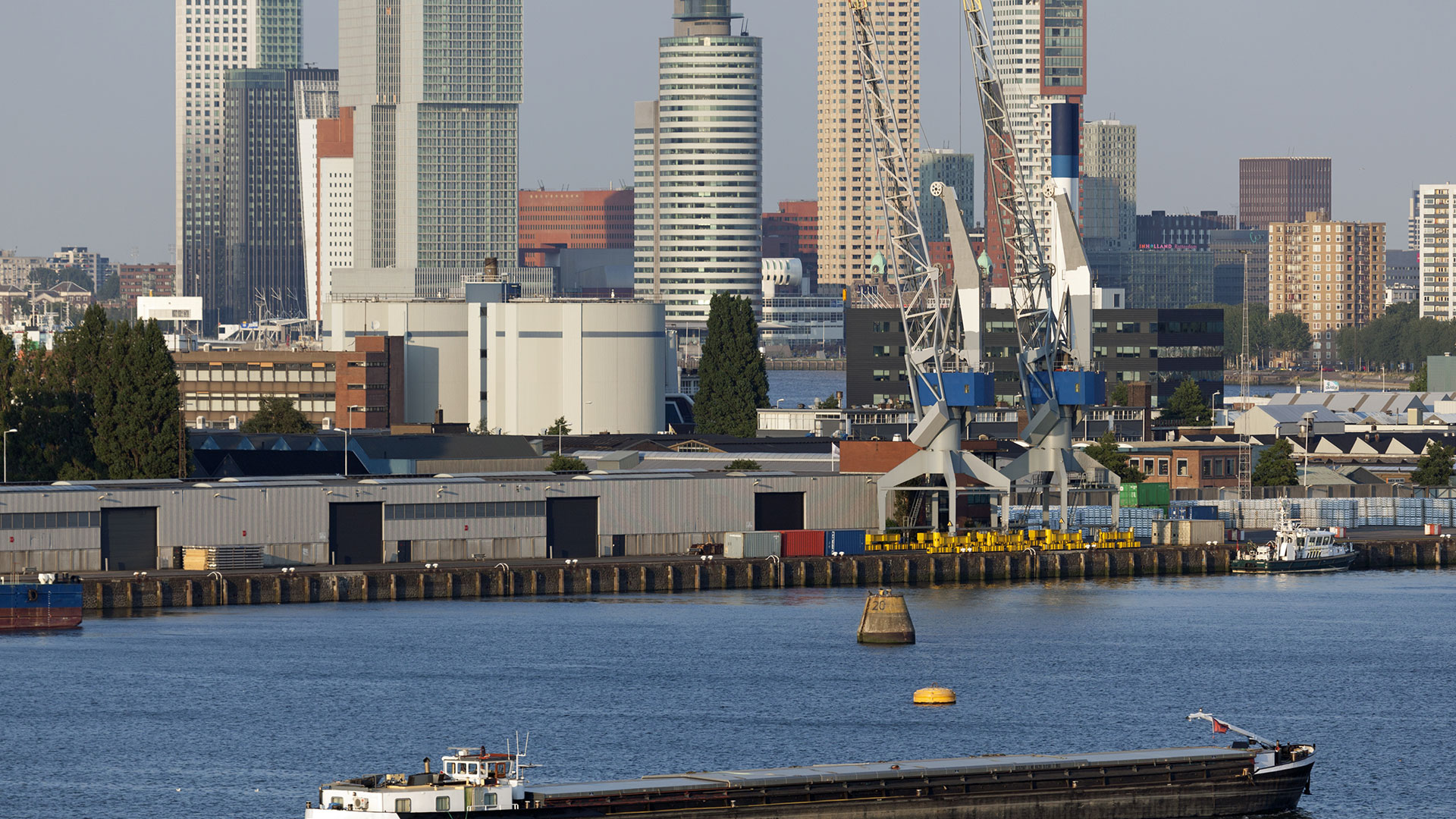